Who Matters: If the space around you reflects who you are, then Bonnie Drewniany's story is written all around her office.

You can often tell who a person is, and what they do, by looking at where they spend their time.  Take one step into Professor Bonnie Drewniany’s office, and you’ll quickly see — from the M&M costumes behind the door and the characters lining the walls — that she is all about advertising.

Drewniany unknowingly began collecting the figures as an undergraduate when she acquired some of the Pillsbury Dough family.  "I think everyone is a collector of this stuff and doesn’t know it," she said.  "I actually had a few items as far back as my college days.  I held onto them as I moved state to state."  The "official" collection began one holiday season when Drewniany decorated a Christmas tree with an array of vintage advertising icons. But it was not until she began teaching at the School of Journalism and Mass Communications that her assortment really grew.

Many of her iconic advertising characters came from former students who graduated from the School of Journalism and Mass Communications to work for some of the nation’s top advertising firms.  Now, dozens of icons from the past 15 years live on her office bookshelves.  Looking at the assortment of characters as they have evolved through the years is enlightening.  "There really is a change.  A slight change, but still a change.  That is, to me, the interesting thing,"  she said. Take Tony the Tiger, for example.  What began as a sharper character has transformed into the demure icon known to so many households today (see Photo Gallery on right).

Another corner of her workspace reflects that Drewniany enjoys finding that same passion for advertising in her students.  From her Introduction to Advertising class to her senior level courses, she finds a number of students each year with a love for the ad communications world.  In the past 19 years, 25 of Drewniany’s students have earned a Most Promising Multicultural Student title from the American Advertising Federation.  These and other awards from the AAF rest on a cabinet near her desk.

But on her desk, Drewniany’s computer contains yet another collection of advertising artifacts: commercials.  She immerses herself in them, often downloading 15-20 new ones a day.  She loves that her ongoing commercial collection is "constantly showing the latest things but also acknowledging the history behind the campaigns and merging the two."

She's become especially interested in the commercials which air during the biggest professional football game of the year — the Super Bowl.  This particular collection of ads inspired her to turn them into a class that would analyze the changes and the history of advertising. "I had been invited to deliver [a] Last Lecture, and I sat in on a couple of faculty who were doing Last Lectures.  I thought, ‘what would I do that could be even close to what they did?'"

The class, initially comprised of  about 12 Honors’ students, first met in Fall 2003.  During that first semester, Drewniany collaborated with various professors to simply evolve the curriculum.  But by the Spring 2004 semester, the class had grown to include the Super Ad Poll.  Now, 100 students are in the class and they will be watching the game this year at Columbia's NBC affiliate WIS-News 10.

Almost any agency can win a Clio, but there's only one Cocky Award a year!

Drewniany's office is filled with paraphernalia used during the Super Ad Poll. Referee shirts she and other school staff wear. Signs. Posters. Water to quench a lot of thirsts the night of. She delights in new finds each year. This year it's the free Super Bowl decorative platters she received from a large purchase of soft drinks for the night of the poll. They'll hold the fruits and veggies the students will devour during the game.

Prior to the night of the big game, the class has been studying ads of previous years, from the top commercials to the lowest ranked in Super Bowl history. The class then meets on the Sunday of the championship, watches every advertisement and rates them according to a set of criteria: likability, persuasiveness and brand identity.  The top-voted ad wins the Cocky Award, and its creators are invited to speak to the class and accept the award.

Little did anyone know the event would turn into one of the more interesting awards in the advertising world and earn national publicity.

In 2009, the winning commercial starred comedian Conan O’Brien.  In efforts to convince him to accept the award in person, Drewniany explained, the students parodied the ad and posted it online, even getting President Harris Pastides to make a cameo appearance. Though O’Brien did not make it to Columbia as a result of the parody, he did send a photo of himself holding the Cocky Award.

The 2015 Cocky Award trophy sits in her office amidst the icons, the awards and the commercials — awaiting the winner of this year's Super Ad Poll. It's just one more piece of her space which tells you something about who she is. 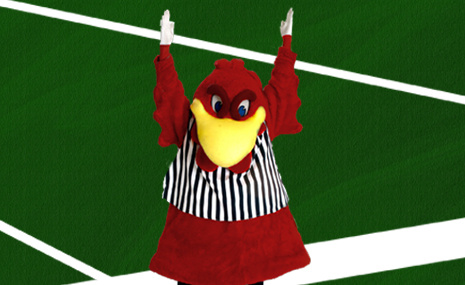 The class has met and the votes are in! Find out who won, and see photos and video from the big event.

Finding the most super ad of all

If you work in advertising, Feb. 1 is the "Super Bowl of" ... well, it's the Super Bowl, and that is about as big as it gets for football, live television viewership and advertising. Advertising alumna Jennifer Hammond discusses her company's Super Bowl ad for Kia Motors and how ads are judged. Read » 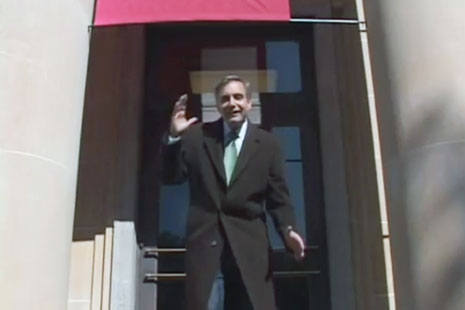 Advertising students created a parody of Conan's Super Bowl ad to try to convince him to come to campus.

Peek inside Drewniany's office at some of her collections and what they represent. 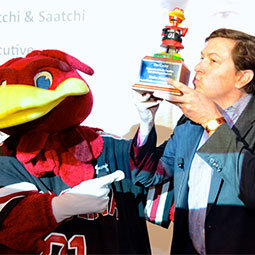 See all the previous recipients of The Cocky Award and watch their winning ads.