Last summer, two South Carolina professors created and executed an innovative and culturally inclusive study abroad program that changed the perspectives of the students who participated.

In just 26 days, they and eight School of Journalism and Mass Communications students interacted with Chinese students in and out of the classroom, produced a number of culture-based multimedia projects and found friendship thousands of miles away from home.

Senior Instructor Scott Farrand and Dr. Ran Wei, both School of Journalism and Mass Communications faculty, led a group of multimedia students on a trip to Tianjin Normal University, seeking to capture and tell stories unique to that region and culture.

The trip was anything but an on-the-bus, off-the- bus experience, and the Chinese hosts’ hospitality made the program all the more rewarding for the South Carolina students.

Prior to the trip to China, Farrand had extensive experience in educational programs around the world, traveling to or collaborating with educators from Germany, Dubai, Russia, the Netherlands, Argentina and Malawi. Rather than simply adding to the list of countries he had visited, Farrand wanted to innovate, change the way educators looked at international study, and leave a unique footprint.

Dr. Wei, an accomplished researcher of Chinese multimedia, worked with his connections to make sure this trip was unique, giving students access to experiences not available through standard study abroad programs.

Farrand challenged his new Chinese partners: “Why don’t we do something we’ve never done before? Why don’t we bring our students together to do something? What if we make the exact same class for both sides? Our faculty will teach part of it. Your faculty will teach part of it. It will be as if it’s one class. We’ll just have people from two sides of the planet working in the same class.”

The SJMC contingent departed on June 1. From the trip’s inception, the faculty at Tianjin Normal University were overwhelmingly accommodating, providing students with dining cards and proper housing arrangements.

Now settled in their temporary home, it was time to get to work.

“When I first got there, I was hoping to have maybe one or two professors who would help us,” said Farrand. “By the time I laid out the plan for the program, I had six or seven professors who wanted to be a part of it.”

My little world has gotten a lot bigger, and my mind is much more open,” Andrea Esselman

Their enthusiasm, however, paled in comparison to that of the students. Within days of their arrival in China, South Carolina students were invited to play basketball, have lunch and go out at night with their Chinese counterparts. The South Carolina students, now without their Facebook, Twitter and Instagram, joined Chinese social media to connect with their new friends.

“I knew we hit it out of the park,” said Farrand. “They appreciated it.”

“I really enjoyed seeing their way of learning compared to ours,” said sophomore broadcast major Andrea Esselman. “Maybe it was just the particular group of students I was with, but it surprised me how incredibly dedicated they were to the project. We would ask for a vague type of interview, and they would come back the next morning with two interviews set up for that day and a whole day trip planned out.”

There were challenges, no doubt. But the most rewarding portions of the trip came from overcoming those and finding a way to grow closer to new culture.

“Despite the language barrier and the different customs, it was easy to forget I had left America,” said Esselman. “Before the trip, I assumed I was going to the world of Disney's Mulan, with traditional Chinese architecture, clothing styles, and social customs. While I was there, I saw skyscrapers, bustling modern cities, modern fashion, and the most up- to-date technology. At the end of the day, we really are not that different. That was very humbling for me.“

Xiangqi, or Chinese Chess, was the focus of one of the multimedia projects. Students went straight to the streets to document the game’s prevalence in the country’s culture.

“The Chinese students helped us find chess players to interview, including old professors and a professional player,” said Esselman. “We spent a good amount of time out on the streets talking to people who were playing. When we came home, we put together a video that gave an overview of how the game works and what its place is in society today.”

Even the president of Tianjin Normal University sat in on class sessions, spending time with each bicultural group in their final days together. Even more apparent were the emotions of the students, who were brought to tears at departure time.

“My little world has gotten a lot bigger, and my mind is much more open,” said Esselman.

Farrand hopes educators will see this program as an example of the opportunities that come from cultural convergence and students will be inspired to take more chances.

“Most students pick the safe abroad program,” said Farrand. “You can try something really different and that is what college is all about – trying something different. It serves as an inspiration to the other students.” 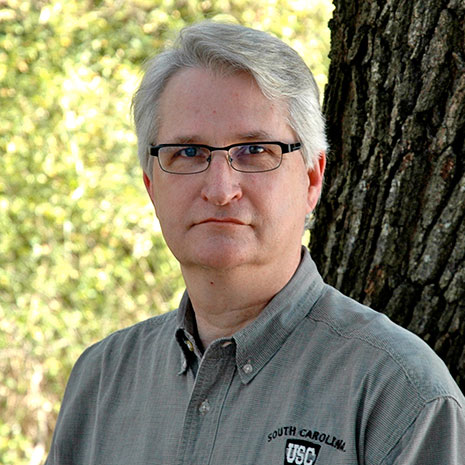 "This was a historic journalism experience. American students have studied abroad in China and U.S. classes have visited there. But this is the first time an American and a Chinese university have offered the exact same course and merged the students and faculty." Scott Farrand 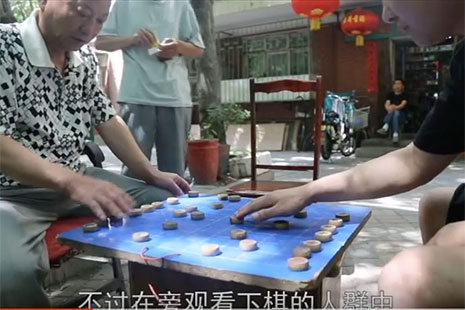 One of the multimedia projects created by the class. A gallery of the students and some of their finished product.