A woman's voice begins to sing, strong and clear.  A rainbow stretches across the horizon as a light breeze from the passing storm moves the grasses that hug the harbor's banks.  A man searches the shoreline for oysters at sunrise, plucking them from the rocks.  Dewdrops collect on the tomato seedlings growing in a small field.  A fire burns bright as the Gullah people gather for a nighttime meal on St. Helena Island, South Carolina.  The first 30 seconds of this film illustrate just some of the dying culture right here on the Southeast coast.

"I love telling people visual stories," said Denise McGill.  An assistant professor in the School of Journalism and Mass Communications, she has had many opportunities to do so.  She traveled to 25 countries in three years as an overseas correspondent, wrote and photographed articles on faith, migration and cultural issues, and completed many freelance assignments.

In 2011 she was introduced to St. Helena Island and the Gullah people.  "I worked for several years collaborating with soil scientists.  We put our brains together and did several videos about conservation issues.  One of the films we did happened to be about the conservation and farming practices on [St. Helena Island]," she said. After the funding for that project ended, McGill continued to work on the island to create The Gullah Project

It eventually became the biggest project McGill has ever worked on, she said. She is working with a team, mostly students, who work as editors, photographers, production assistant, writers, graphic designers, web designers and social media marketers. Together they are creating a multimedia website and documentary film about the farming and fishing practices of the Gullah residents of St. Helena Island. TheGullahProject.org includes photos, interviews with some of the island's inhabitants, blogs and behind-the-scenes footage.  The documentary, set for release summer 2015, highlights the culture that is on the verge of disappearing in South Carolina.

Through the past four years, McGill has found many unique adventures on this small coastal island.  The Gullah people have welcomed her into their "friendly, but private" lives.  She is able to show the world an "important piece of our heritage" that many don't even know exists.

McGill also gets some of her students involved in the project.  Among her undergraduate classes, she looks for students that demonstrate high work ethic and quality of their craft. Most participants of the project are volunteers, but she can hire a few of them. They become part of the team — marketing, building the website, transcribing interviews and even going on assignments to St. Helena Island.

Senior visual communications student Michael Tolbert manages the social media and promotion for the project, and has gained new perspective on his career from his work with McGill.  "I've traveled a lot over the years.  I had been down to Hunting Island . . . and went through St. Helena Island all the time.  I had never even stopped to notice this culture.  When I joined the team and went down there I was blown away."

The Gullah Project has given Tolbert experiences that he would not have gotten in the classroom alone.  He had never thought that mass communications and agriculture could combine in the way that they have with The Gullah Project.  Now, he is able to keep an open mind to what different industries have to offer to journalists.  McGill's goal is to show the students she brings on the team not only what goes into a multimedia project, but that working beyond classroom assignments can benefit them immensely.

McGill advocates for looking around for stories and project opportunities, whether they are on another continent or right here in South Carolina.  The Gullah Project combines media with state history, fishing, conservation issues and more.  "I had a great career as an overseas correspondent . . . but there is great stuff under your nose," she said.  She enjoys encouraging her students to find those things.

"The more you know about the world, the more you know about journalism," McGill said.  Sometimes the best way to learn is to get outside the classroom and into the world where the stories happen.  Sometimes these stories can be right in your own backyard.  Like McGill and Tolbert, one seemingly small job on a tiny island can lead to enormous things.  No matter what you find, where you find it matters. 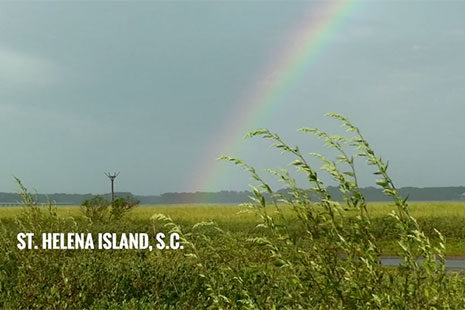 Watch the first cut of the documentary. 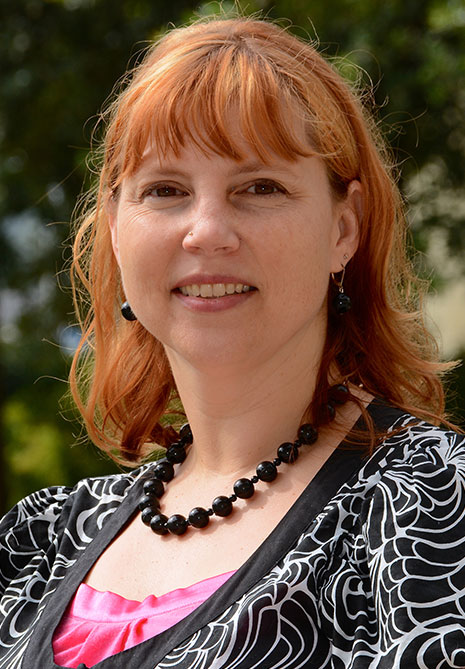 Denise McGill is an assistant professor in the School of Journalism and Mass Communications. She is also a photojournalist with a focus on migration, faith and multicultural issues.