Taking it with Tatge

Tatge is teaching Journalism 499, an elective course titled Financial Basics for Communications, while earning his doctoral degree at USC through the Baldwin Business Fellowship.

The fellowship is funded by a $500,000 donation from Mr. Kenneth Baldwin, a 1949 alumnus of the journalism school.

What makes Tatge the ideal recipient of the fellowship is his charisma and ingenuity. He wants students to understand that being well-rounded and having a multifaceted education is what allows people not only to get the kind of jobs “that pay the bills,” but also how to thrive in the business world.

“I’m trying to teach students how to use information, and how to translate that, and make sense of it,” Tatge says.

“Today’s students want to know ‘What is the purpose of this? Why are you having me do this?’” Tatge applies this same concept to his research: How Americans consume news and how the way it is received can alter its message.

“I’m looking at the way information is processed and conveyed in 140 characters,” Tatge says. “What is on the web is not often what it appears to be.”

Tatge marks the controversy over President Obama’s birth certificate as an example of why he chose to do this research. “Many people believe Obama is not actually a citizen of the United States, which I find amusing on one level, but tragic on another.” The White House released President Obama’s birth certificate in hopes of easing this controversy, but the dispute was only escalated.

Detractors enlarged the birth certificate to show parts that some believed were Photoshopped. This information circulated the web in various formats ranging from Twitter to formal news outlets. People who read one story got a totally different perspective than someone who read another.

“Information gets picked up and repeated and repeated,” Tatge says. “People hear and consume sound bites of that, and tend to commit that to reality, and think that it’s true when it’s not. I want to know how this way of consuming information affects us and why. Finally, how is it changing the way we receive news, and ultimately, how we think?” 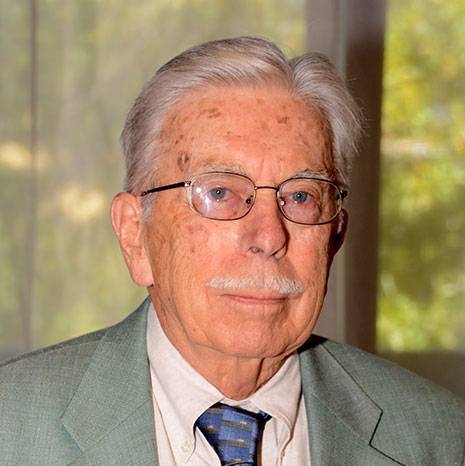 Kenneth Baldwin, Jr. graduated from the School of Journalism and Mass Communications in 1949 and has been a long-time supporter of the school. He endowed the Baldwin Business and Financial Graduate Fellowship for Business Journalists to allow a business journalist to complete a doctoral degree, generate new knowledge on the topic of business journalism, and promote the education of business reporting within the school. Mark Tatge, is the recipient of the fellowship.