Posted May 23, 2017
Story and photos by Lauren Crank, reprinted from InterCom

When Mark Zuckerberg created Facebook in 2004, his target audience was the collegiate community; you needed a university email account to even create a pro le. Now,  in part due to Zuckerberg’s innovations, social media is all around us. Every person you meet can send you toward their Instagram, brands are reaching directly to their consumers through platforms, and social media skills are a must for anyone working in business. What is the University of South Carolina doing to keep up with the ever-changing world of social media?

Internally, USC and the School of Journalism and Mass Communications  are making strides to ensure that today’s graduates are prepared for a world in which “proficient in social media” is a job requirement. “We incorporate social media into many of our classes because it’s really a part of everything now, but we felt that we needed a class that focused on social media and strategy,” Dr. Andrea Tanner, SJMC director, said.

That class, “Social Media: Objectives, Strategies, and Tactics,” is taught by Ernie Grigg and Christopher Huebner. “Too many students tell me that their internship put them in charge of social media, and they had to learn the relevant skills on the fly. Students need proper preparation — grounded in strategic communication best practices — to help them succeed in the workplace,” said Grigg.

Although enrolling in the course  could certainly give current students  an advantage, the university’s entire curriculum ensures that social media  is something that students know well. Additionally, student involvement is high on personal social media channels, most notably in the “big four” platforms most used by brands: Facebook, Twitter, Instagram, and Snapchat.

Externally, alumna CJ Lake (Public Relations, class of 2014) is the university’s newest social media strategist, and @ UofSC channels have seen major growth during her first year on the job. Since taking the position, Lake has brought the average reach per Facebook post up from under 1,000 impressions to a most recent 21,915 impressions per post in March.

Her summer brain child, the “Millennial Slang”  video featuring university professors trying to decode the most recent set of student phrases, such as “shade” and “bae,” won an American Advertising Award (ADDY) after it went viral across all platforms.

When the men’s basketball team beat Duke and advanced to the NCAA  playoff ’s “Sweet 16,” UofSC’s tweets garnered 2,636,290 organic impressions within 24 hours, and were featured in the AP and People Magazine.

That target audience varies from platform to platform, but Lake’s goal is  to appeal to prospective students with every post. “That means fewer press releases on our pages, fewer educational announcements, and more “slices of life” for an everyday Carolina student,” she said.

USC seems to have found its niche on Twitter. The university’s account (@UofSC) ranks fifth in number of followers in the SEC, behind the massively populated University of Alabama, Texas A&M University, University of Florida, and Louisiana State University. The university’s top viewed video in USC social media history features the Carolina Band playing the LSU alma mater after the news of flooding in Baton Rouge broke. The video was posted on August 20, 2016, and has since garnered 835,000 views. Within the university, there are dozens of accounts beneath the USC umbrella. Each of USC’s colleges and schools have accounts that consistently post news, schedules, and announcements, each with their own dedicated followership of students and faculty.

Both Lake and Dr. Tanner  foresee social media making  a lasting impression on the communications field, and are  working to ensure that the  university and its students  are prepared for what’s to  come. From live streaming commencement stories to  covering the latest sporting  event with a pair of Snapchat Spectacles, CJ Lake is keeping  up with social trends at a rate  that may put USC at the top of  higher education’s social media  game. “I know the future of  social media at the university is  bright,” said Lake, “I don’t think  it’ll ever be a science, but being  able to identify moments to  create meaningful interactions between our brand and our audience will absolutely translate into a successful, sustainable program.”

School of Journalism and Mass Communications

School of Library and Information Science 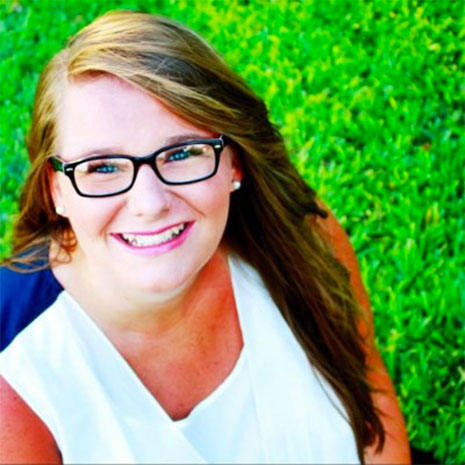 With Love From Carolina

The Caroina Band plays LSU's alma mater following the Baton Rouge floods in the Summer of 2016.

IMPRESSIONS
how many times it
appears on a timeline

SNAPCHAT SPECTACLES
snapchat wearables, glasses with a camera in them that allow you to connect to the app

INFLUENCERS
people with a certain number of social media followers (over 2,000) who are considered trendsetters and brand influencers