It is the last day of class for this one-hour course, Advertising Characters.

They have studied giggling doughboys. Talking Dogs. Dancing Raisins. They have  explored the stories behind the characters and examined how the beloved characters have evolved over the years.

But today, Halloween, the class capped off their studies by dressing up as their favorite advertising characters. Joined by several faculty and staff, the ad world was well represented. Tony the Tiger made an appearance, as did multiple Brawny Mans, Flos, Energizer Bunnies and Chick-Fil-A cows.

Awards were presented for the best costumes. Best of Show went to Cameron Driver who dressed as Allstate Mayhem.

Professor Bonnie Drewniany said the senior advertising major went "all out" and even created a plot for the next Mayhem commercial. "Cameron continued the series and made it relevent to USC," she said. "He paid a lot of attention to detail for both his character and script." 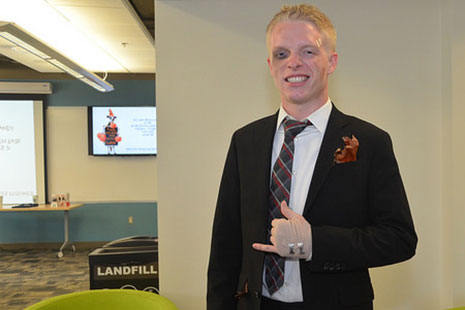 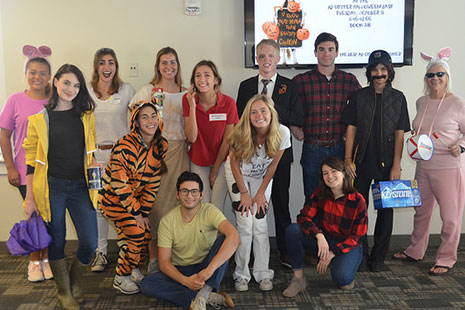