The duo won the award for their 60-second spot in the latest installment of the automaker's “That’s a Buick?” theme, with the father of a pee-wee football player looking at a car that pulls into the parking lot and saying, “If that’s a Buick, then my kid is Cam Newton.” The kid is instantly transformed into the NFL quarterback.

They spoke about the Buick brand and the making of the commercial with students in the Super Bowl of Advertising class, which was created and is taught by Professor Bonnie Drewniany, head of the advertising sequence in the School of Journalism and Mass Communications.

“Steve and Mallory’s presentation was very eye opening as to how much work goes into creating an ad," said Salvador Jucas, a film studies major. "One surprising thing that they discussed was the size of the production. I didn’t realize that it would be as big as they said, especially for a one-minute commercial.”

Students were also impressed by the effort which went into the in-game social media aspect of the award-winning Super Bowl ad.

"I liked that Mrs. Woodrow talked about their entire social strategy and it was cool to see how large their social/creative team was," said public relations student Natalie Metzger, "It was also interesting to hear her talk about how they learned and made improvements from 2016.”

The public voted in our online vote in the same categories that the class did. The winners were:

The Cocky Award is given out every year by the Super Bowl Commercial class for what they determine is the best Super Bowl commercial of that year. The class judges the commercials on three categories: Likability, persuasiveness and brand identity. The commercial that receives the highest total score wins the Cocky Award.

This is the 14th presentation of The Cocky Award. You can see previous winners here» 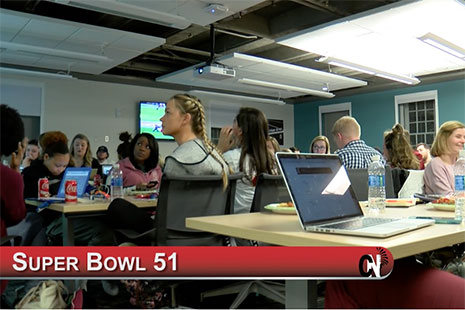 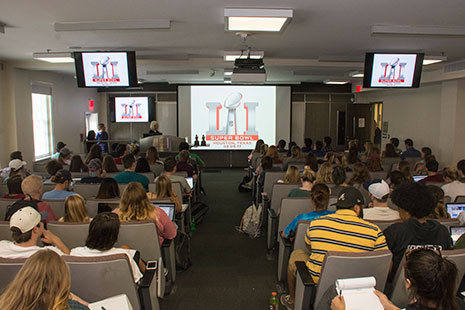 Watch the presentation of the Cocky Award and hear about the making of Buick's Super Bowl commercial "Pee Wee." See photos from the event.