Fake news is a real dilemma for the law

The labelling of information as “fake news” has become yet another weapon in battles of the Trump presidency, used by the administration and its supporters as well as its critics.

But the label has been applied to a wide variety of information, including both reporting errors and truthful information that the person applying the “fake news” label does not like or approve of. The label has also been applied to intentionally inaccurate, incomplete or misleading information disseminated in the media, and sometimes by official White House spokespeople.

With all these allegations of “fake news,” it has become unclear what the term actually means, and how it differs from spin and framing of news and events. But it seems safe to define it as untruthful information made public by a seemingly journalistic entity with the intention of misleading the public, often to score a political point. Such “news” may be politically and socially undesirable. But it would likely be difficult to combat such information and its purveyors legally because of the legal principles that have developed to protect news and commentary under the First Amendment.

First of all, it is all but impossible to prevent the publication of alleged “fake news” — or any information, really — before it is actually made public. The U.S. Supreme Court has held that such prior restraints are allowed only in the most extraordinary circumstances, such as when the information reveals national security information. But even that is construed narrowly, with the Court holding that the government could not stop The New York Times and other newspapers from publishing the Pentagon Papers, a classified history of our involvement in Vietnam, even as the war there was still going on. In another case that did not reach the Supreme Court, a federal judge barred publication of an article detailing in the inner workings of the hydrogen bomb.

So if “fake news” cannot be barred from publication, what can be done legally after it is published? Likely, not much. That is because it’s difficult to sue unless the false information actually harms someone: by hurting their reputation, invading their privacy, or causing another harm such as emotional distress.

In order to hurt someone’s reputation, a statement must be a “statement of fact.” This does not mean that the statement is actually, provably true; instead, it means that it is presented as if it was true. Statements that are not presented as if they are true – such a parodies or satire such as in The Onion or Saturday Night Live’s “Weekend Update” segment — cannot be the basis of a successful defamation claim, because the statements are not made with the expectation that they will be taken as truth. Some “fake news” sources explicitly state that they are parody, and should not be taken seriously. But even if a source does not explicitly say this, a court will likely dismiss a libel claim against such a source.

It also may be possible for a source of “fake news” to assert that a statement is not a statement of fact but is instead a statement of opinion. Since a statement of opinion cannot be demonstrably proven true or false, making this assertion may lead a court to dismiss a claim against a “fake news” source. This opinion exception does not apply, however, if the statement is couched as an opinion but actually states a fact. Thus the statement, “I think she is a murderer” is actionable, because it includes an allegation— that the person being discussed is a murderer— that can (theoretically) be proven true or false.

Another complication in taking action against “fake news” comes from the standard of fault applicable in these cases. Since most “fake news” involves public officials, public figures, and/or matters of public concern, the “actual malice” standard would apply. This means that a plaintiff who is a public official or public figure would have to show that the statement was made with either actual knowledge that it was untrue or “reckless disregard” for whether the statement was true or false. This is a difficult burden to meet, and courts have given speakers— the media and others — broad latitude in asserting that publishing the material was not totally irresponsible.

In addition to “fake news” being created and distributed by those trying to score political points, another trend has been the labelling reporting that a person or entity does not like as “fake news.” Taking legal action in this situation for defamation or commercial disparagement may be possible, if the plaintiff can show that the “fake news” claim actually damaged the reporter’s or news organization’s reputation as a reliable source of information. But the defendant – the one who labelled the information as “fake news” — will likely be able to respond that their evaluation was a statement of opinion. (Last week, the publisher of the Grand Junction, Colorado Daily Sentinel threatened to sue a state senator who labelled an editorial in the newspaper as “fake news.”)

In short, it would be difficult to stem the proliferation and distribution of “fake news” under the law, and would be similarly difficult to use the law to stem charges that particular information is “fake news.” But that does that mean that the First Amendment rights of freedom of speech and the press have no role to play, just that it will likely be more in the principles that these rights embody. Under these principles, the way to combat false or misleading speech is with more speech, offering rational, factual information. The idea – the hope? – is that from this Tower of Babble, accuracy and truth will win out. 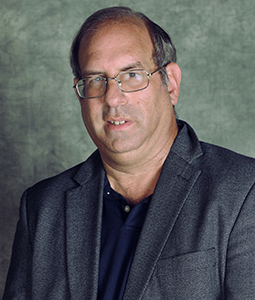 Eric P. Robinson is an assistant professor at the USC School of Journalism and Mass Communication, where he focuses on media law and ethics.

He has worked in media law for 17 years, and is admitted to legal practice in New York and New Jersey and before the U.S. Supreme Court.

This column is for educational purposes only; it does not constitute legal advice.