Posted Oct. 31, 2017
By Carolyn Click, instructor in the journalism sequence

The assassination of President John F. Kennedy was again on the minds of Americans as the National Archives last week made public a trove of documents related to the investigation of his Nov. 22, 1963 death.

The declassification of the papers, with an expectation that more will be revealed in coming weeks, suggests that we Americans, whether old enough to remember that terrible time or not, remain fixated on that period of history.

I dug through my personal archives to find a piece I wrote in November 2013, as a reporter for Columbia’s The State, that details my childhood memories of the time:

An 'Oh no!' and an adolescent world shifts

Were we called to the school cafeteria to hear the terrible news?

Who can remember 50 years later, except that we were there in the familiar basement room with its pastel walls and smells of baking bread, the old concrete steps leading up and out to the playground, the Popsicle case emitting its familiar thrum, when the principal told us that President Kennedy had been shot.

He must have gathered us together, teachers and the older kids in sixth and seventh grades, perhaps, to break the unbearable news of the President's death. We had only a second to absorb the announcement when one of the teachers rose up, put her hand to her mouth and emitted a cry of "Oh no!," a brief agony of words that shot out across the room as if riding on one of Lee Harvey Oswald’s terrible bullets.

Those of us who were “walkers” went home and I dashed there to tell my mother who already had heard, because she had been ironing a tablecloth and watching "As the World Turns" when Walter Cronkite interrupted the regular programming with the bulletin from Dallas.

My sister, in eighth grade, rode home on the school bus, the bus silent as a tomb for once, after her English teacher, a World War II veteran and survivor of the Bataan death march, had told them of the assassination and then, overcome, had left the room. For the rest of the weekend and into the next week, we sat glued to our television watching the unfolding of some terrible national drama.

We were not Kennedy people.

My people, German and Scots-Irish, had come to the Shenandoah Valley of Virginia in the 1700s, carrying their Protestant faith, a flinty sense of individualism and a love of the land. By the 1950s, we were mountain-valley Republicans, skeptical of the old Byrd machine that had dominated the state for much of the 20th century.

My father, a World War II veteran, liked “Ike,” an affection strengthened by President Eisenhower’s visit to our little town of Weyers Cave only a few years earlier. Eisenhower had traveled to the Shenandoah Valley to plant a tree in memory of his mother, who had been born in the nearby hamlet of Mount Sidney. The president, his bald pate shining, rode by our house on the way to her birthplace in his bubble top car, smiling, while we shouted and waved small American flags.

But party politics seemed irrelevant on Nov. 22, 1963, although the fact that I had voted for Richard Nixon in the third grade mock election became a sort of private rebuke to my soul. My friend Gail was, I think, the only one who had cast her ballot for Kennedy in my class in 1960 and could claim a deeper affection for the Kennedy clan. Her parents kept a photograph of the Kennedy brothers above their breakfast nook for years.

What I do remember is the sense that we were in this thing together, that in my 11-year-old mind, we were all Americans who had suffered a terrible tragedy. I absorbed the full bleakness of the time and the sadness of the Kennedys.

I know that is a naïve thought, that someplace in 1963 America a few blackhearts got up and cheered and maybe sneered “the bastard had it coming,” 1960s-era equivalencies to the nasty, ramped-up vitriol that passes for political discourse these days.

I know that the 20th century was bloody and awful, and my father and others of his generation had already fought the Nazis and witnessed the terrors of the Holocaust, that four little black girls had just lost their lives in the Birmingham bombing at the hands of white supremacists, and that all was not sweetness and light before Nov. 22, 1963.

But I choose, on this anniversary weekend, to remember a gentler time. I roll the film backwards to the smiling, elegant couple, with all their hope and human frailty, waving to the exuberant crowds, to my sweet sixth grade classroom where we are studying Robert Frost, who had read "The Gift Outright” at President Kennedy’s inauguration.

Frost had responded to the invitation (I know now) by graceful telegram to the president-elect: “If you can bear at your age the honor of being made president of the United States, I ought to be able at my age to bear the honor of taking some part in your inauguration. I may not be equal to it but I can accept it for my cause – the arts, poetry, now for the first time taken into the affairs of statemen.”

I’d like to see myself on that grainy film walking home, no longer bearing terrible news, but expectant, optimistic, carrying a line of Frost’s poetry in my heart. 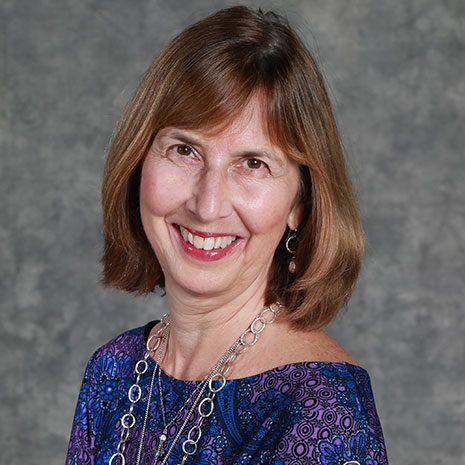