A leader among leaders for 50 years

For 50 years, the Columbia Urban League has been in the forefront of the fight for social and economic equality, justice, and human dignity for African Americans and marginalized communities in South Carolina.

The Columbia Urban League (CUL) was founded as an organization based on interracial cooperation and moderation in approach in April 1967, at a time when civil rights marches and demonstrations were commonly used to protest against racial inequality.

"Further protest wasn't necessary, but amelioration was," Alice Hurley, one of two living charter board members recalled upon the 25th anniversary in 1992. "That's why I felt very adamantly that the Urban League's approach was needed to map out strategies and get things moving. The league's purpose is to sit down at the table and negotiate." (Tanya R. Fogg, Urban League Stays True to Goals 25 Years of Gentle Activism Celebrated, The State, November 11, 1992)

Dr. John R. Stevenson, the only other living charter board member, recalled that some blacks and whites supportive of racial equality and civil rights did not welcome the new moderate organization.

"There was not universal approval of the Urban League coming to Columbia in the first place," Stevenson, who would later become the first African American superintendent of Richland School District 1 which includes the city of Columbia, told The State newspaper in 2000. There was concern that the new organization would interfere with support for the NAACP and other interracial efforts. Looking back, he said, “I believe that the Columbia Urban League has made a tremendous difference.” (Warren Bolton, National Urban League's 90-Year History on Exhibit in Columbia, The State, December 5, 2000)

As longtime President and CEO James T. McLawhorn said upon celebrating the 40th anniversary of the organization, “Amid heightened racial tensions and a community awareness redirected to leveling the playing field for those suffering a systematic denial of their human rights, the Columbia Urban League set forth to tackle the Herculean task of developing a community-based human service delivery movement that could close the disparity gap and promote equality.” (Guest Column, Empowering Communities, The State, October 31, 2007)

Over the years, the Columbia Urban League has knocked down barriers, advocated on behalf of the voiceless, and prepared thousands for economic and social advancement. At the same time, as a rising tide lifts all boats, the CUL’s activities have strengthened the broader community.

In 1988, an editorial in The State newspaper noted, “FOR YEARS, the Urban League has been a voice of reason and moderation in the ongoing struggle to promote better understanding between persons of different races and backgrounds and boost the quality of life for all Americans.” (Urban League Report a Worthwhile Effort, The State, January 30, 1988)

The CUL has always maintained an interracial board of directors with seats reserved for representatives from the business community.

The first executive director was Daisy Dunn-Johnson (1967-1968). She observed in 1992, upon the silver anniversary recognizing 25 years of service to the community, “The Urban League has evolved to be about the best thing that has happened to South Carolina as it relates to people being closer, understanding one another and providing the opportunities for people to work together.” (Tracy L. Brown, Urban League Sees New Challenges Organization Celebrates 25 Years by Broadening Mission for Future, The State, January 21, 1992)

Elliott Franks III (1968-1974) and Hiram Spain (1974-1979) served as the second and third executive directors, respectively. In 1979, James T. McLawhorn stepped into the position and has led the organization for the past 38 years, implementing a number of programs and initiatives that have made the Columbia League a leader among leaders.

As it celebrates 50 years of service, the CUL is one of 115 affiliates of the National Urban League in 35 states and the District of Columbia. It was the first local affiliate in South Carolina; now Greenville and Charleston each has an affiliate.

Complimenting McLawhorn and the Columbia Urban League on his 25th anniversary as president in 2005, The State newspaper stated in an editorial:

“The organization does not hesitate to take on tough tasks. It regularly takes the lead to help our community address sensitive issues, including those involving race and culture… Mr. McLawhorn is largely responsible for the solid reputation the Columbia Urban League enjoys today. The organization has proven to be a strong, consistent, settling voice in our community. When an issue that might divide the community arises, the Urban League - led by Mr. McLawhorn and a strong, diverse board - uses solid diplomacy to help promote unity.” (McLawhorn Has Served Well for 25 Fruitful Years, The State, January 24, 2005)

The Columbia Urban League’s highlights include:

Another significant highlight is The State of Black South Carolina: An Action Agenda for the Future. In 1988, the Columbia Urban published its first edition of the report, modeled after the National Urban League’s The State of Black America. The first issue, a 90-page report, noted that "a wide gulf still remains" between the races, as it focused economics, education, health, politics and welfare.

The State newspaper said the second report, published in 1989, “should be required reading for decision-makers in both the public and private sectors.” (Urban League Offers Ambitious Analysis, The State, March 4, 1989) Ten editions were published between 1988 and 2008. The reports analyzed and brought attention to rural inequities in rural education, health disparities, continuing economic gap between blacks and whites in the state, and criminal justice issues, among others.

Along the way, the Columbia Urban League has twice won the National Urban League’s Whitney M. Young Leadership Award in Race Relations (1999 and 2010), which is given yearly to recognize an affiliate that has contributed to community race relations.

Backing that up, in 2015 The Columbia Urban League won Affiliate of the Year for youth development and advocacy.

As University of South Carolina historian Dr. Bobby Donaldson, a scholar of African American history and the civil rights movement, notes: “…the Columbia Urban League (is) a national model of service, empowerment, and community engagement. This rich history and this remarkable record of achievement should serve as a blueprint and guide to everyone committed to pulling down the strongholds of inequity, intolerance, and injustice.” 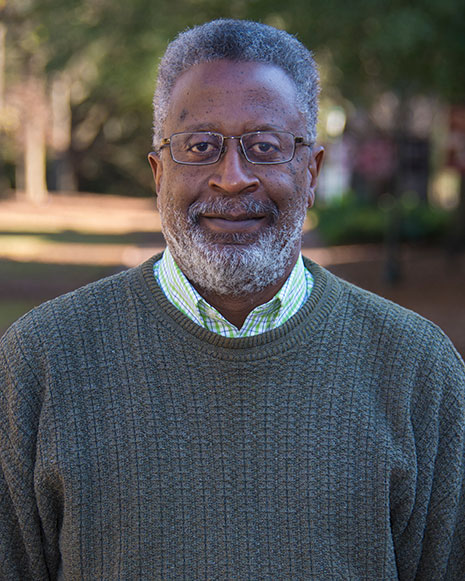