Senior advertising major Allyssa Andrews knew she would have a great time participating in the Washington Media Scholars Foundation’s case competition this summer. What she didn’t know was that she’d bring home the prize.

Founded by SJMC alumnus Robin Roberts (B.A., 1976), the Washington Media Scholars Foundation supports students who are interested in careers in the public policy advertising industry. According to the organization’s website, participants in the Media Plan Case Competition must first complete a qualifying round. From there, they are assigned partners, and the teams begin developing media plans for the semi-final round.

Andrews was paired with Marissa Kunerth, a recent strategic communications graduate of North Dakota State University. Their team was one of only six selected to advance to compete in Washington, D.C., for the National Excellence in Media Award and scholarships on June 7.

“As finalists, we were asked to allocate $1.8 million dollars across nine different media throughout two months to increase awareness and attendance for the fictional Pacific City Council Association,” Andrews says. She and Kunerth developed a strategy, pulling from real-world data, and presented their plan to a panel of five judges with experience in issue advocacy and media planning.

That night, the two were recognized as the competition’s overall winners at a 400-person networking reception at the Newseum. Each were given a plaque and a $5,000 scholarship. Dr. Tom Reichert, dean of the College of Information and Communications, along with the CIC’s development and alumni relations team, were in attendance to cheer Andrews on as she accepted the award.

“Getting to meet people from Axios, Google, POLITICO, The Washington Post and numerous other organizations during the week provided me with incomparable networking opportunities,” Andrews says.

Dr. Linwan Wu, an advertising professor in the School of Journalism and Mass Communications, has taught Andrews previously and now serves as her Honors College thesis adviser. He encouraged her to apply for the competition and provided feedback as her team’s strategy took shape.

“Allyssa is self-motivated, and she’s talented at dealing with numbers in the advertising field,” Wu says. “The media scholar competition is a perfect fit for Allyssa as it is what she is interested in and good at.”

What’s next for Andrews? After graduation in December, she hopes to find a political media planning or buying job in Washington, D.C. But in the meantime, she’s still trying to process the magnitude of her award.

“It doesn’t feel quite real yet,” Andrews says. “But I’m very excited to bring home a national win for USC!” 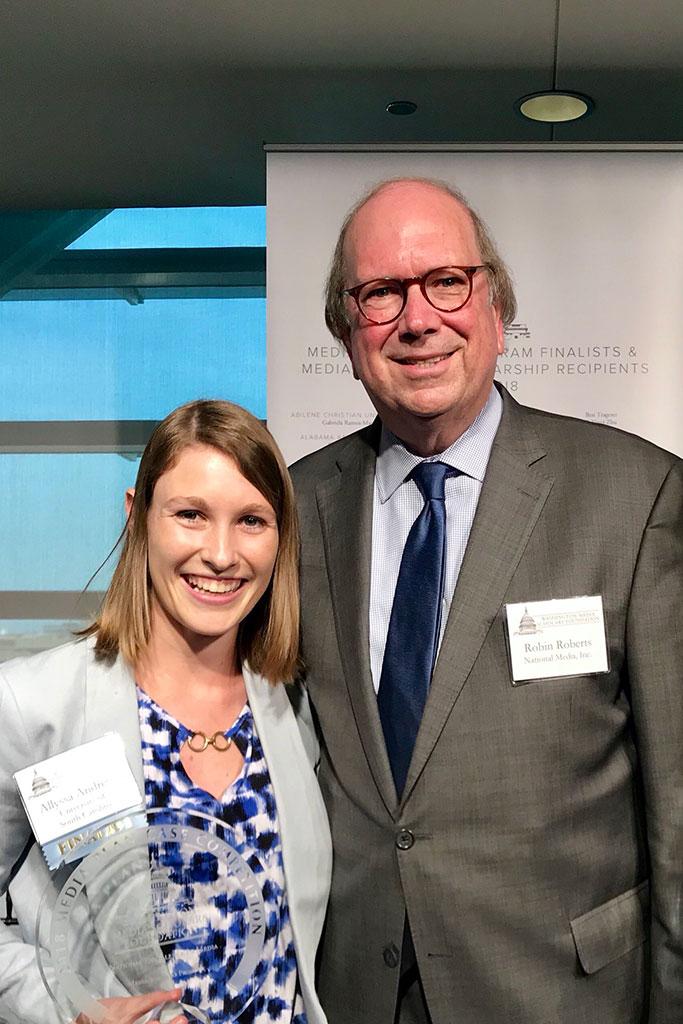