Brett Williams: The voice of success

Just two years after graduating from the School of Journalism and Mass Communications, Brett Williams has already landed the job of his dreams.

He calls both home and away games, which is typically three to four games a week. The WKU from October to late March.

“I've been blessed to have been given the opportunity to be the voice of a Division I women's basketball team, and I've learned and grown immensely through everything that comes along with that position — the preparation, the pressure, the travel, and, most importantly, the building of relationships with coaches, players, fans, sponsors, and media,” Williams says. “I'm truly living my dream, and I'm not taking any part of it for granted.”

For the 2019-2020 school year, Williams will also be the voice of WKU volleyball, soccer and softball home games for a local TV station and its online platforms.

This summer he is working as the on-field promotion emcee for the Bowling Green Hot Rods, the single-A affiliate of the Tampa Bay Rays.

Before joining Learfield at WKU, Williams worked as one of two sports broadcasters at Queens University in Charlotte.

How he got here

Williams began calling Gamecock volleyball and softball games for GamecocksOnline.com during his freshman year of college.

He then co-launched the broadcasting of all Gamecocks Hockey Club games through Student Gamecock Television. He and other students called all club hockey games, providing both play-by-play and color commentary for the Gamecocks.

He says that gave him tons of experience with calling live games.

In addition, Williams worked as a freelancer, calling high school games for radio stations such as WPUB-FM in Camden, South Carolina, and the National Federation of State High School Associations Network.

He also freelanced as the play-by-play announcer for the Sugar Land (Texas) Skeeters, a Minor League Baseball team.

Williams encourages students to start getting experience while in college, in order to be competitive in the job market.

He advises students who want to get into sports broadcasting to get practice by recording themselves calling games either into a recorder or on camera.

“Just show up at a game and record a play-by-play tape into your phone from the stands,” Williams says.

He also recommends finding a mentor in the industry who will listen to and critique your tapes. He says the professors in the journalism school helped him with this, which helped him immensely in his career.

Williams encourages students to reach out if they have any questions or want any advice about the industry. 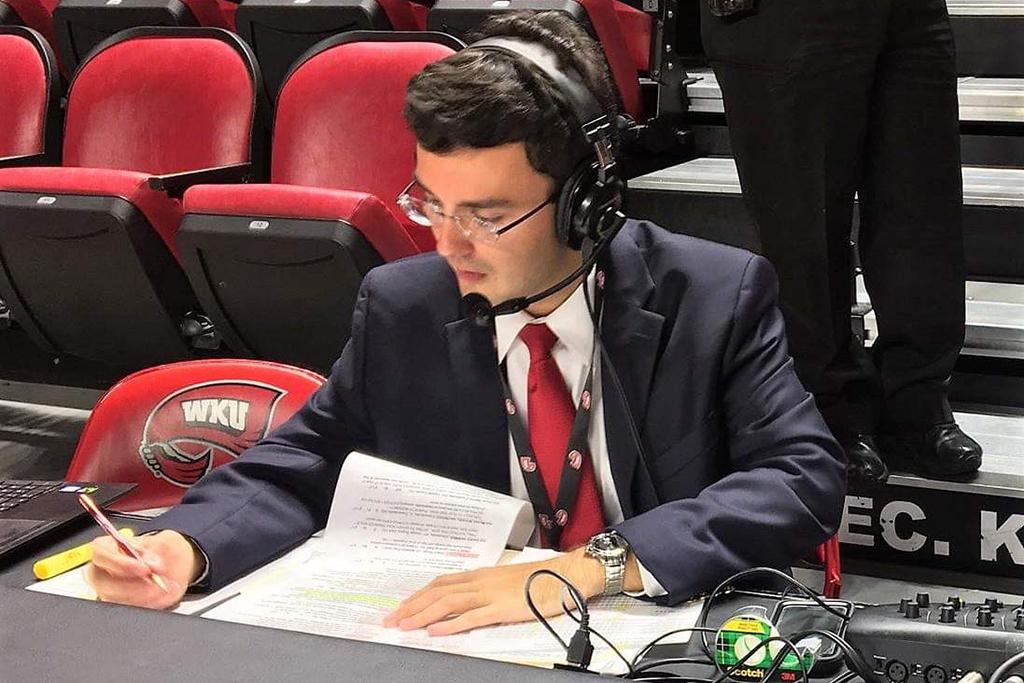