The path to the Panthers

Shortly after graduating, 2015 broadcast journalism alumna Caroline Cann landed a job most seasoned professionals can only dream of: media personality and content producer for the Indianapolis Colts. Now, after three years of hosting shows, providing sideline reports, interviewing team members and more, she’s bringing her skills back home as a reporter/producer for the Carolina Panthers. We caught up with Cann to learn more about her new job and the path that got her there.

You’re currently in a transition period, so what did you do in your most recent job, and what are the details of the position that you’re currently moving into? What are you most excited about in your new role?
My former role with the Indianapolis Colts was media personality and content producer. For three years, I hosted television shows, videos on social media and podcasts for the Colts Radio Network. I was given the opportunity to host the in-stadium show in front of 70,000 fans at Lucas Oil Stadium and provide sideline reports as part of the radio broadcast. Perhaps the most “pinch-me” moment was after every game, I interviewed Colts head coach Frank Reich, quarterback Andrew Luck and the Player of the Game, which rotated each week.

The fun part about working with a team is the flexibility involved, which kept each day so different. The idea of sports teams having their own media production team is relatively new. So, we didn’t have any rules as far as needing to fill a 5 p.m. newscast. Our only rule was to create content our fans wanted to see. One year we’re producing three television shows and the next we’re producing no television shows and putting all of our resources into a reality show-type production called “With the Next Pick” about our general manager Chris Ballard and scouts. (Here’s a shameless plug to go check this series out.) My role with the Colts was very diverse and allowed for so much growth, which was something I really appreciated.

My new role with the Carolina Panthers will be extremely similar! My title will be reporter/producer and will allow for much of the same flexibility. I’ll be another “face of the organization” hosting shows, series and podcasts across all Carolina Panthers properties.

The thing I am most excited about in this new role with the Panthers is the chance for growth. Like I mentioned earlier, the Colts allowed me to grow into a role that best fit my skill set. Now, moving to a bigger market with a bigger fan base will allow for even more growth as a broadcaster. The Panthers are always in the top tier of content producers for the NFL, and the opportunity to learn how they operate and approach each event is going to be really exciting.

What’s the most interesting or significant thing you’ve done since graduating?
In 2016, I traveled to London with the Colts as part of the NFL International Series. To see London through the lens of the NFL was really something special. The fans in the UK love American football, but in a completely different way than American fans. An example: They get so excited for kickoffs and field goals. Kickers are heroes in the UK! Seeing and experiencing the broad scope of the NFL was really neat. Not to mention, we had a dinner party at Kensington Palace which really felt like a once-in-a-lifetime experience. The good news is, I get to return to London this year with the Panthers so let’s keep our fingers crossed that once-in-a-lifetime experience happens again.

As an early-career alumna, you still have your entire career ahead of you. Where do you see yourself eventually?
I love this question, but I also hate this question! The honest answer is, I have no idea! When I was in school and dreaming up what I wanted to do post-grad, a reporter job with an NFL team wasn’t really an option. Then, I blinked and I became one. My advice here would be don’t pigeonhole yourself by chasing a particular job. I knew I loved football, I loved talking to people, I loved telling stories, but I didn’t know what direction to go with all of those things. The media world is changing so rapidly and your “dream job” may not exist, but it probably will.

So, where do I see myself eventually? I have no idea! And that’s the exciting part about this field. It’s ever-changing and if you can adapt and learn, you’ll have incredible success.

What are you passionate about in your work?
What I love most about my job are the relationships I’ve been able to build. My love for people and helping them by telling their story or connecting them with others is what fuels my passion for this business the most.

What did you learn while in school at the CIC that still resonates today?
I learned to adapt. I never wanted to go into local news, so some of my classes and projects didn’t excite me. BUT, I learned how to produce different content that pushed me outside of my comfort zone. That has served so well!

Many SJMC students aspire to become sports journalists like you. What advice do you have for them?
My number one piece of advice would be to build relationships! You can learn the skills of the trade, but if you don’t have relationships to help open doors, your skills won’t matter. Head coach Will Muschamp helped me get my job with the Colts because of how hard I worked for him and the athletics department during my time in school. Once the door was open with the Colts, it was then my turn to make sure I stayed in the room. So, think relationships first and skills a very close second.

My second piece of advice: Your online presence is everything. Have a professor or boss take a look at your Instagram and Twitter accounts and give honest, harsh feedback. Your social media accounts will be your first impression to most people. A caption that was funny to you and a friend may create a different emotion with your audience. I would strongly advise polishing your social platforms. You don’t want a potential employer to get a bad first impression because of a photo you posted in 2017. Take a serious look at each post and think to yourself, “does this help build the reputation I want in this business?” If the answer is not a resounding yes, then archive it. 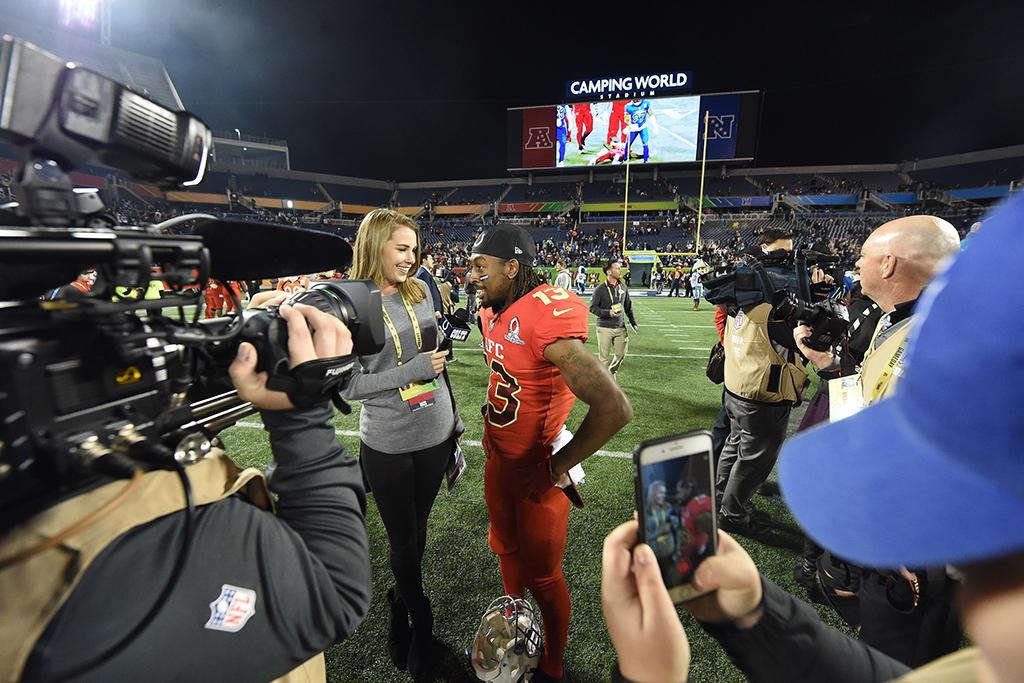