A team of students from the School of Journalism and Mass Communications beat out nearly 70 other groups to take home second place in the national Bateman Case Study Competition.

The South Carolina team, along with faculty advisor Ernie Grigg, traveled to New York City for the May 17 competition after being named one of the top three finalists. Members, all of whom were public relations majors, were:

“We have an extremely talented group of students,” Grigg says. “This accomplishment sets the bar for high for their future endeavors, but I have no doubt each one of them will do great things.”

The Bateman Competition is the Public Relations Student Society of America’s premier national case study competition for students. This year’s finalists were tasked with developing a campaign to improve diversity in the public relations profession and promote the book Diverse Voices: Profiles in Leadership. Each team had 25 minutes to present its campaign book to judges.

Commit2Connect, the J-school’s team, conducted research on diversity in South Carolina’s public relations community. Based on their findings, they created a toolkit, hosted a panel and implemented a social media campaign to provide resources for organizations seeking to foster a diverse and inclusive culture. Their project was the culmination of eight months of work.

“We’re all proud of the results, but more importantly, the team put together a campaign that will have a lasting impact on the communication field,” Grigg says. “Commit2Connect started an important conversation that we’ve seen continue around the state.” 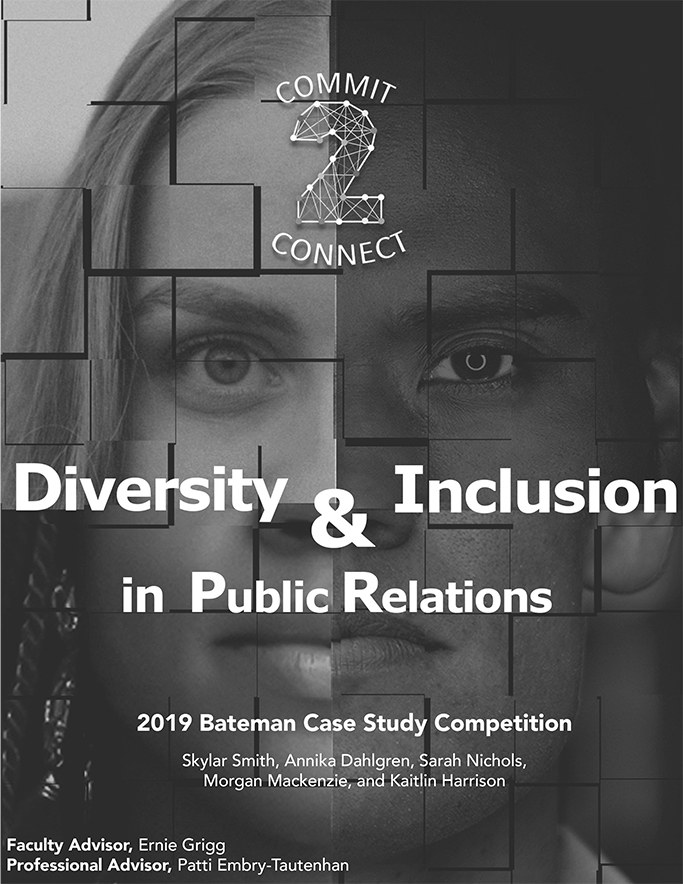