After 20 years of teaching, Lisa Sisk has proven that she will leave not only a lasting impact on her students but also on the University of South Carolina.

The SJMC and many alumni made the decision to honor Sisk by naming her office after her. In 2018, she was diagnosed with primary progressive aphasia, a degenerative neurological disorder that affects her ability to communicate.

Faculty and staff in the J-school have offered her their help with things like making presentation slides, staying organized and even stepping in when she is struggling to find words. “The outpouring of support from my colleagues when I first announced my diagnosis of primary progressive aphasia was astounding,” Sisk said. “My colleagues are like family.”

They aren’t the only ones she sees as family.

More than 70 former students and friends donated the funds to name the office. “They all gave because of the impact that Lisa had on them either personally or as a student,” said Karson Terry, former assistant director of development for the College of Information and Communications. “This decision was made because Lisa has had such an incredible effect on the lives of so many people, and our alumni and friends wanted to honor her in this way in the J-school.”

Sisk was noticeably overwhelmed when asked about the honor. “My initial response to the naming of my office was one of awe, and then I became very humbled by it,” she said.

She treats all her students and colleagues as if they were her friends, and most of the time they are. She’s known for having a very close relationships with all her students, even after they graduate. She can be seen having dinner with them, connecting on Facebook and even meeting with them to just catch up. Although she struggles with communicating, she won’t turn down an opportunity to get to know her students better.

Sisk is still teaching a few classes even after her diagnosis, and she wants to do so as long as she can. “I would like my legacy to be kindness, understanding and compassion for my students,” she said. 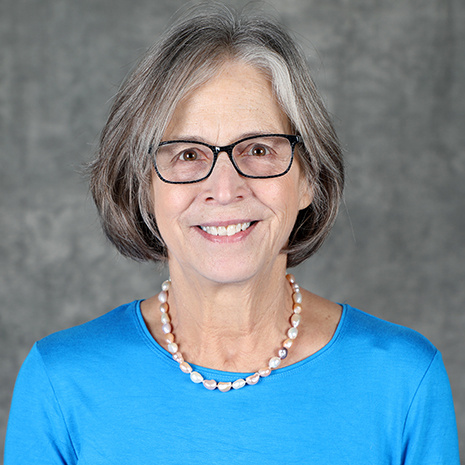 The plaque outside Sisk's office door 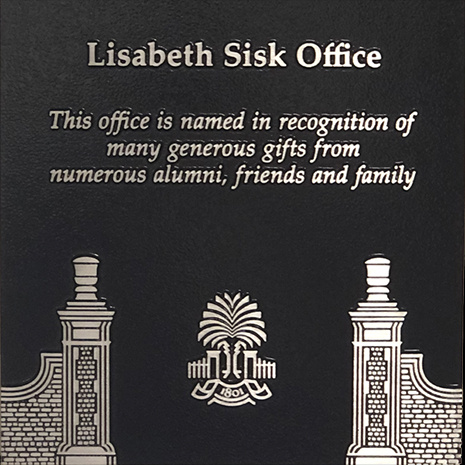