To social media and beyond

The journalism industry is one that often undergoes drastic changes. Kirstin Pellizzaro, an assistant professor in the School of Journalism and Mass Communications, has always wanted to gain a greater understanding of how these changes influence the way the media functions.

“I was always interested with how broadcast journalism is evolving because technology changes so quickly,” Pellizzaro says. “A lot of that came from how old I am and when I entered the business.”

Pellizzaro began working in the broadcast industry after the Great Recession. Initially a freelance videographer who filmed mini-documentaries for organizations such as Engineers Without Borders, she eventually became a local television news producer. Later, she was inspired to teach and returned to school to earn her doctoral degree.

“I really wanted to teach, so getting your Ph.D. is an ‘in’ to teaching at the university level,” Pellizzaro says. “That’s really why I did it.”

Pellizzaro currently teaches multiple courses, including Social Media and Mobile Journalism. Since arriving at the University of South Carolina, she has also become heavily involved in research, which she considers an essential aspect of the field.

“Journalism is research,” she says. “You have to research and develop your stories. You have to do a deep dive into the history of everything and see what’s out there.”

The primary focus of her research is social media, a subject that has intrigued her throughout her decade-long career.

“My whole career has been spent watching social media completely take over and change the way that we do things as journalists, whether that’s broadcast, print or online media,” she says.

A current project of Pellizzaro’s focuses on the debate over whether journalists should be objective or authentic when presenting information. She says that many people “are over this idea that journalists need to be objective” and believe that journalists should strive to be authentic. Through survey research, her research team discovered the existence of three distinct groups of journalists: those who are solely objective at the expense of individuality, those who are solely individualistic at the expense of objectivity and those who walk the fine line between the two.

“We have this spectrum, and it’s all because of social media,” she says. “This all started with the advent of social media because now we have this two-way conversation with an audience that we never had before.”

As Pellizzaro works to finalize this research for presentation and publication, she is also developing new research ideas.

“I really want to do this project about news on TikTok because journalists have not figured out how to tell news there yet,” she says. “We have a really young audience on TikTok, and we want them to consume news. But how do we give them information and have them retain it?”

The results of this study, she says, could have significant ramifications on the way news organizations use new social media platforms to reach younger audiences. 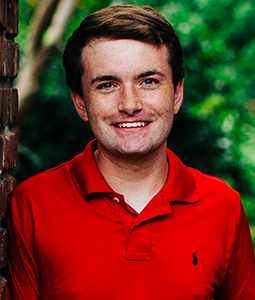 Griffin Goodwyn is a freshman in the South Carolina Honors College majoring in broadcast journalism. He is from Richmond, Virginia, and plans to pursue a career in sports broadcasting. He interviewed Pellizzaro for an assignment in his Honors JOUR 101 course taught by Andrea Tanner.

As a broadcast journalism student who has a strong interest in sports media, I never considered other career options outside the world of sports, which is why I decided to interview Dr. Pellizzaro. I knew she would be a valuable resource because of her experience as a freelance videographer and television producer, and I learned a lot from what she had to say. Through our conversation, I expanded my knowledge of broadcast journalism and learned about opportunities available for those who desire such an occupation.

Pellizzaro and I share a similar interest in social media, which we both believe is the future of media consumption in our society. Before arriving at the University of South Carolina, I wanted to study social media in some way because I felt that understanding its nuances would benefit me immensely in the workplace. Her expertise in that field was another important factor in my decision to interview her, and after discussing her recent research projects, my own passion for studying social media grew immensely. 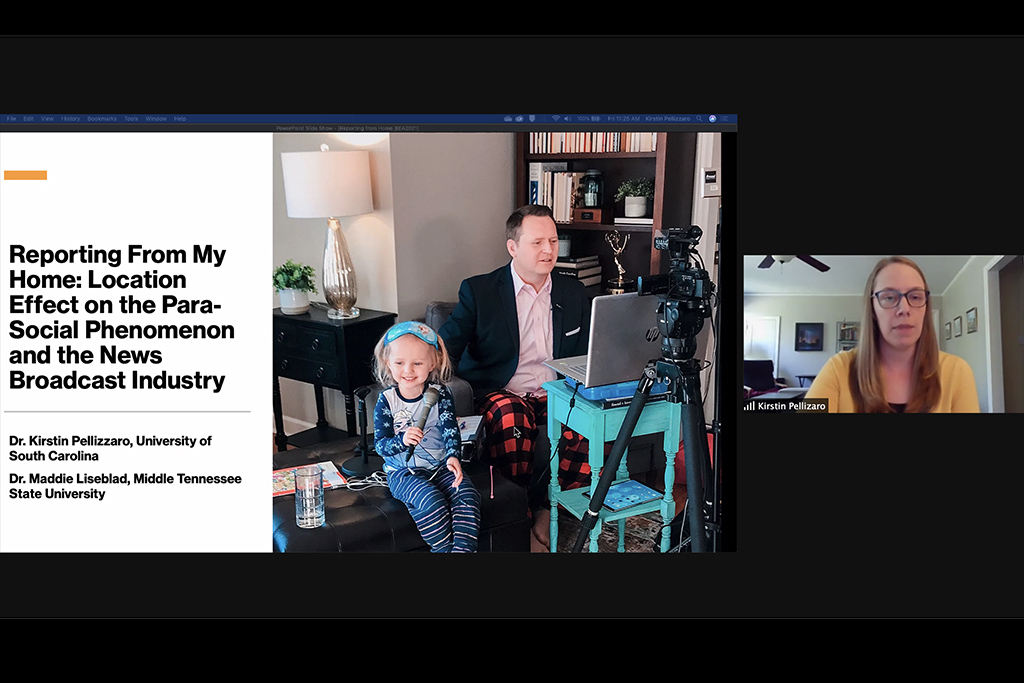 Pellizzaro is an avid and award-winning researcher.