On the wall behind Dr. Sarah Keeling’s desk, among an assortment of calendars and pictures, hang the words “Jobs Peace & Equality.” The display shouldn’t come as a surprise for those who know her. Keeling’s advocacy for racial equality shines through in everything she does — including her job.

Keeling is the student services manager for the School of Library and Information Science. She oversees the student services department and manages the office’s “big picture things.” She also helps students navigate the school’s graduate programs and serves as a resource if they run into trouble or have questions.

Nowhere in her job description are the words equality or diversity. But that hasn’t stopped her from promoting both within the school.

“It’s outside of my job, but obviously you bring that kind of mind frame with you into your daily tasks,” Keeling says.

Just this semester, Keeling brought three SLIS graduate students to the Historically Black Colleges and Universities Library Alliance Conference in Atlanta, where they were able to network with professionals in the field, meet the president of the American Library Association and speak on a panel about their experiences as students studying to become librarians.

She was also very involved in the CIC’s inaugural Graduate and Professional Inclusivity Day , an open house targeted toward students of historically black colleges and universities in South Carolina.

And the university named Keeling one of only four 2018 MLK Social Justice Award recipients.

Her dedication to improving the world around her — through her work and her advocacy — has made her a favorite among both students and faculty.

“Grad school is so different for so many people,” says MLIS student Melanie Griffin. “It’s great to have somebody like Sarah. You can email her and she will get back to you within the hour and give you an answer about something critical.”

Outside of work, Keeling has started a group called Showing up for Racial Justice, which works to get white people in Columbia involved with racial justice issues and educates them to be allies of local organizations of color. She is also a member of the South Carolina Progressive Network, which promotes social justice across the state.

She has never received any pushback at USC for her beliefs on diversity or her work in promoting it at on campus and beyond. In fact, Keeling says, everyone has supported her efforts, especially Dr. David Lankes, the director of SLIS.

“David pulled me aside and said ‘if you ever get arrested, I will bail you out,’” she says, laughing.

It’s this support for inclusion within the school that Keeling values as she works to support the next generation of librarians.

“We want that type of mind frame in our librarians, because they are the ones in the community that have to advocate for everyone, not just those who look like them,” she says. 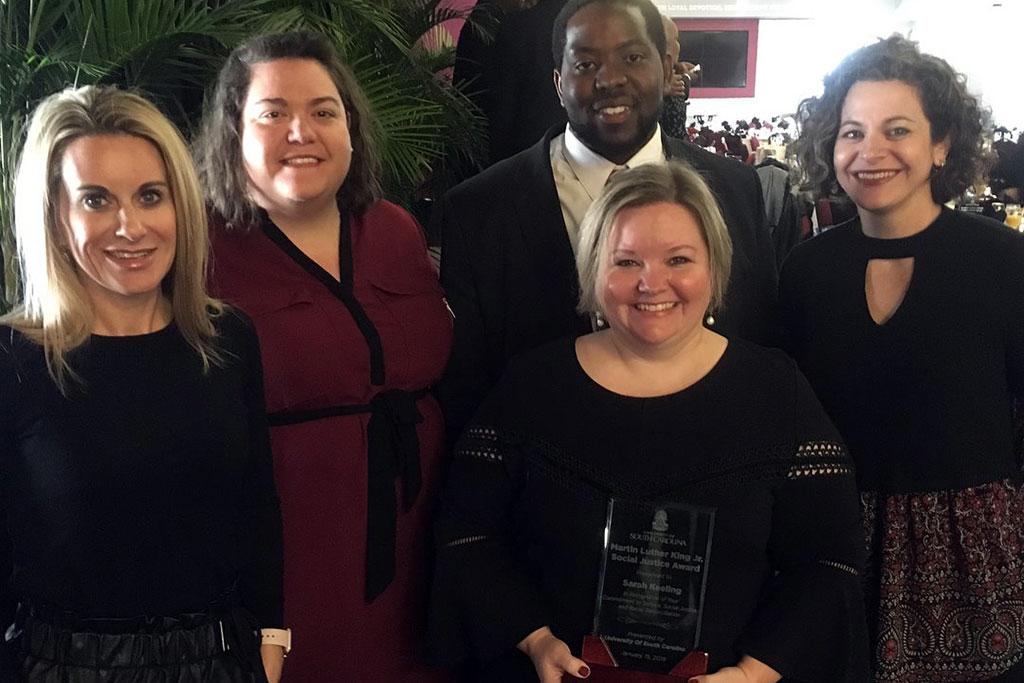