Researcher examines the future of manufacturing in the 'world’s workshop'

“For the Chinese city that I study, the boom times are over and they’re not coming back.”

This could be considered a bold statement for Darla Moore School of Business international business professor Michael Murphree to make concerning the economy of Dongguan, China, but given the 2008 “double bind” of declining overseas demand and rising domestic costs, it’s really not.

Murphree began studying high technology industries and innovation in China in 2007. After the 2008 economic crisis, his focus shifted to industrial modernization and restructuring in the wake of such a crisis.

Through his research of China, the “workshop of the world,” Murphree has watched its economy struggle to maintain previous levels of production growth since 2008. At the same time that the recession caused a drop in demand, the effects of the one-child policy and increased opportunities for and ambition in young Chinese men and women caused a drop in labor supply. Many people thought manufacturing would largely move to Southeast Asia as wages rose, making manufacturing efficiency all the more important. That, however, has not unilaterally been the case.

“It is not black in white in terms of the pressures for outsourcing, closing factories, downsizing, etc.,” he said. “We need to look much more in-depth at the structures of different markets within a given sector.”

According to Murphree, business doesn’t depend solely on cost efficiency or quality. If it did, why would people fork over thousands of dollars for expensive clothing? The manufacturing industry is segmented, and while there are some segments in which China is no longer competitive because of rising costs, there are some where it is.

For example, China has a clustering advantage. The supplies it needs in bulk are close enough that they can be delivered almost immediately. Automation within the industry only increases business’ incentive to stay in China because firms want their own automation technology.

Murphree predicts that “Made in China” will remain a major source of the world’s goods, but those goods will become less of the like-manufactured items we now associate with China. Production of commodity goods will move more to Southeast Asia as the Chinese government “tightens the screws” on regulations. But, Murphree says, output won’t decline; the amount of labor input will, and overall industrial output will be sustained by greater efficiency.

For the international business sphere, and the wider consumer world, this means that China should no longer be viewed purely as a production platform. As Murphree put it, the questions needs to shift from “How do I make things in China?” to “How do I sell things in China?” in order to keep up with this production shift. Although ultra rapid growth is unlikely to return, greater efficiency should enable the city of Dongguan to continue to thrive. 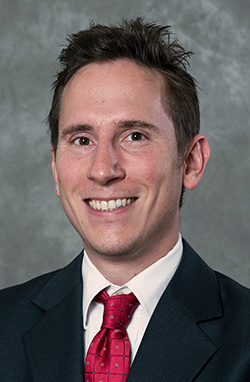