Many people walk into Target with a short list of what they need and end up leaving with far more than they had planned. Fourth-year marketing major Ellie Smith, however, will be heading to one of the four Columbia-area Targets with a long list — of things to do, that is. She will be taking on the role of human resources manager after interning with the company for the last six months.

Back in 2015, Smith marched up to the Target table at the Moore School’s Fall Internship Fair and introduced herself. Little did she know it would not only lead to a summer internship, but also to a full-time position in human resources. Although HR isn’t her major, Smith has found a creative and analytical side to HR similar to that which first drew her to marketing.

“I’ve found another passion in HR,” she said. “There are a lot of creative aspects in engaging with team members and creating employee incentives.”

During her 10-week summer internship, Smith spent most of her time shadowing her mentor, who allowed her to take on a lot of her own responsibilities as HR manager. This built up her HR experience as well has her managerial abilities. Toward the end of the internship, she rotated through different departments, enabling her to make connections in many areas at multiple stores.

“I really enjoyed connecting with like-minded people,” she said. “It was my first time working in the professional world, so it was really nice to get that experience and have someone to bounce my ideas off of.”

After helping with back-to-school season hiring over the summer, Smith decided to take a staffing class at the Moore School this fall. The interviewing and resume-reading skills she learned in that class will apply directly to her new position.

“My professor has been really great about tailoring what she’s teaching to where the students are going in their professional careers,” she said.

Although Smith will miss the “inspiring and encouraging environment” she found at the Moore School, she is looking forward to putting her ideas into action in her own Target store. 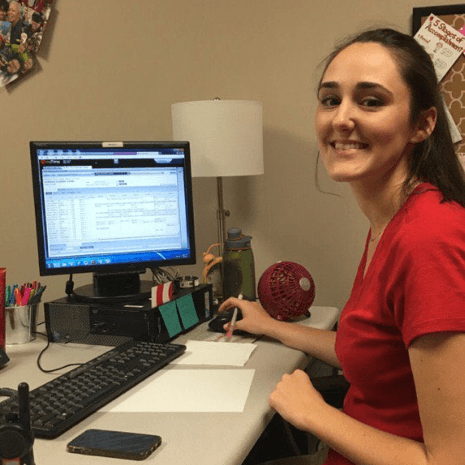 “I’ve found another passion in HR,” she said. “There are a lot of creative aspects in engaging with team members and creating employee incentives.”