The Darla Moore School of Business of the University of South Carolina extends its sympathy to the family and friends of William W. “Hootie” Johnson, who served as a founding member of the USC Business Partnership Foundation, and was a major supporter of the Moore School.

“The Moore School has lost one of its founding fathers, and the state of South Carolina has lost one of its greatest business leaders and citizens,” said Moore School Dean Peter Brews. “The contribution Hootie Johnson made to the school is immense by any measure. He was influential in convincing Darla Moore to name the business school, and he endowed the Dewey H. Johnson Chair in Economics in honor of his father. Every day we will continue to be reminded of his contribution as we enter the 500 seat W.W. Hootie Johnson Performance Hall on the Learning Level of our building. He was a man with a quiet, compelling charisma guided by a strong moral compass that insisted serving the greater good was essential to a fulfilled and successful life. He lived according to this philosophy, and expected all he interacted with to do so too. Few individuals have made a more substantial contribution to our school than Hootie Johnson.”

Johnson died Friday, July 14, 2017, at the age of 86. For 21 years, he led Bankers Trust of South Carolina before engineering its merger with NCNB of Charlotte in 1986. That merger, the first interstate merger in South Carolina, resulted in the formation of the Bank of America Corporation. In addition to serving as chairman of the Executive Committee of Bank of America's Board of Directors, Johnson also served on the boards of directors of Alltel Corporation, Duke Energy Corporation, Liberty Corporation and Stephens, Inc. 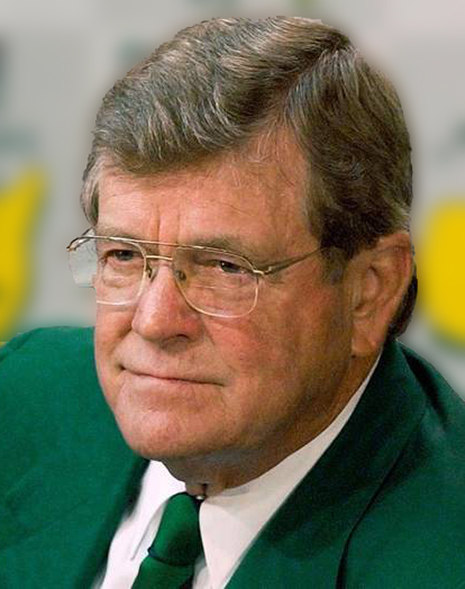 W. W. "Hootie" Johnson was one of the 16 founders of the univeristy's Business Partnership Foundation.