“There must be a better way to do this.”

Many business ventures start with this idea. Such was the thought process of Honors College students Aaron (B.S. ’02, M.P.A. ’09) and Candice Hark (B.S. ’03) as they were milling through school records and filling out triplicate forms in what is now the Office of Student Conduct and Academic Integrity.

“I got my bachelor’s in computer science, and Candi is a self-taught programmer, so we just started looking for ways to make those processes more efficient,” Aaron says.

Little did they know that the software they would create as a side project would garner more than 800 clients and enable them to quit their day jobs. Today, that software powers Maxient, a centralized reporting and recordkeeping company that benefits colleges and universities worldwide.

This success has enabled them in turn to inspire the success of others through their involvement with The Proving Ground, a startup competition at the Moore School, and the Faber Entrepreneurship Center.

“We’ve certainly tried to be generous with our money, but being generous with your time is just as, if not more, important,” Candice says.

This mentality often brings them to the Moore School to talk to classes or serve as judges for The Proving Ground. They also sponsor the Maxient Innovative Prize for the competition, which awards $17,500 to the most innovative business concept that focuses on an existing need or problem.

When their company was just starting, they reached out to a few USC professors for advice. One such professor, Faber Entrepreneurship Center Director Dean Kress, has been an informal mentor to them ever since.

“I don’t think of it as mentoring,” Kress says. “I promise you I learn more from them than they do from me.”

Kress says hundreds of students have been affected by this connection, and the Harks don’t plan on slowing down any time soon.

“We learned so much from our time at USC that it seems second-nature to pay it forward for future generations of students,” Aaron says. “That’s how places like that are able to succeed.” 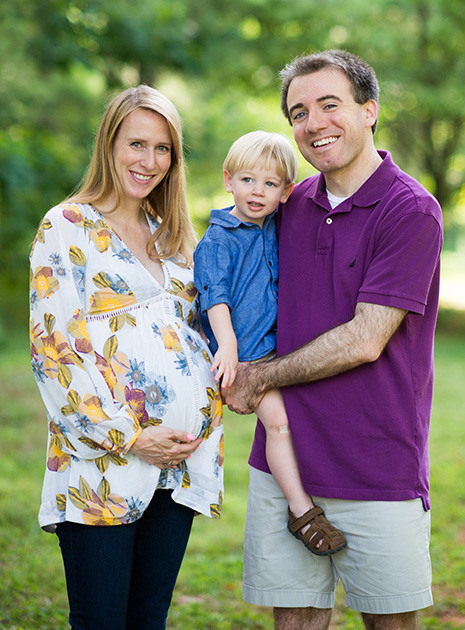 What started as simply trying to solve a processing inconvencience turned into the software company Maxient, one of the main sponsors of the Moore School's startup competition, The Proving Ground.