MHR candidate takes the next step

For second-year Master of Human Resources candidate Jewel May, success has always been about taking the next step.

She played basketball under Dawn Staley’s tutelage throughout her time as an undergraduate and was elected as team captain her senior year. She had two surgeries in two years but scheduled her operations during the offseason in order to get back on the courts as quickly as possible.

“I still played every game after that,” May said. “I did them in the offseason, rehabbed, and then came back. That was always a journey.”

After she obtained a bachelor’s degree in psychology and an educational specialist degree in counseling, she worked in higher education as an academic advisor before deciding to shift her career track and pursue a master’s degree at the Moore School.

“I just decided that I didn’t want to be in academic advising or in higher education for the next 20 years, so I started to do research on other fields that I felt were broad enough where I wouldn’t get bored,” she said.

Prior to enrolling, May had never taken a business course, yet she found herself drawn to the MHR program.

“I met with Sally, the program director, and within three weeks from that meeting, I quit my job, got accepted into the program, found a GA position and decided I was going to go back to school,” May said.

However, making the choice to quit her full-time job wasn't easy.

Despite her lack of traditional business experience, May found many similarities between her career as an academic advisor and as a human resources consultant.

“[It’s] trying to figure out ‘how do I work with this leader to best serve their team?’” May said.

May completed a human resources internship last summer with ExxonMobil and has received a full-time job offer from the company upon her graduation in December.

“The further I get into this program, the more I realize how unique it is,” May said. “The level of exposure that we’re getting to the top HR professionals from all these Fortune 10 companies seems to be unmatched.” 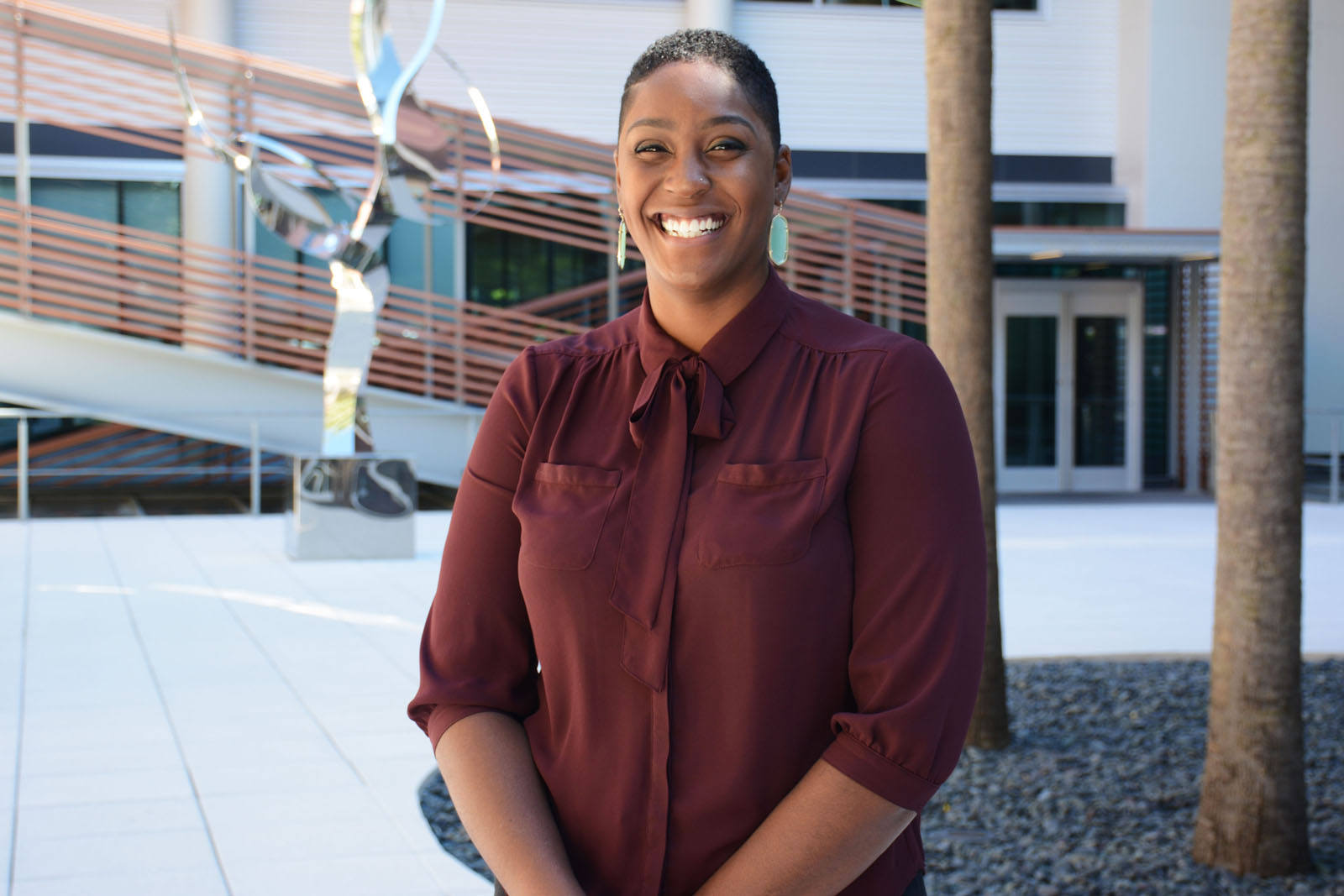 Connect with Jewel on LinkedIn