Alumnus volunteers his time and resources to the Moore School, Columbia organizations

Moore School alumnus Drew Stevens (’10 finance) believes it’s important to give back to the University of South Carolina and the Midlands community after finding success in the investment industry.

Stevens not only donates money; he also gives his leadership, time and energy to his alma mater and local non-profits. While establishing his career, Stevens has donated to, volunteered for and served on boards for numerous community organizations, including United Way of the Midlands, the American Heart Association, Lexington Medical Center, Columbia Opportunity Resource, Habitat for Humanity, Salvation Army, Special Olympics, March of Dimes and Transitions.

Originally from Hilton Head Island, South Carolina, Stevens majored in finance while at the Moore School and began interning with Northwestern Mutual as a sophomore after meeting their representatives at a Moore School Business EXPO. Stevens has worked as a financial advisor and wealth management advisor for Northwestern Mutual in Columbia since graduating.

Northwestern Mutual’s top intern in 2009, Stevens has been recognized as a Million Dollar Roundtable qualifier for multiple years and has been acknowledged as a Top 10 Financial Advisor and Growth and Development Director.

While building his success in the financial sector, Stevens has been an active alumnus for South Carolina. He has served for more than four years on the Moore School’s Young Alumni Board, including as chair in 2018-2019.

“The folks on that board, and the alumni we’re able to reach, all share a strong bond, and together we’re able to do meaningful things for the next wave of grads,” Stevens said.

Providing an example to other alumni, Stevens made a notable contribution to the Moore School during Give4Garnet in April 2019. He agreed to match all donations up to $25,000 given by all UofSC alumni who graduated since 2010.

Stevens said he received a $1,000 scholarship as a senior, so this was his way of paying it forward.

“It was really neat to realize that alumni care so much that they are connected and investing in us and are supporting the work that the students do,” he said. “That’s why I really wanted to give.”

Beyond financially contributing to the Moore School, Stevens has also volunteered with the mentor program the past four years.

“I’ve always had copious mentors and truly appreciate their significant contributions to my personal and professional growth,” he said. “When the Moore School mentors provide advice, support and access to their networks, our mentees can couple that with their academic prowess, and the return is exponential.”

Stevens’ mentee for the past year, Shane Poch, said the experience has been extremely beneficial for him.

“I have been able to look to [Stevens] as a role model for entering life and a business career after college. He has helped me plan out my next steps as a student preparing for a job,” Poch said. “[Stevens] sacrifices a lot of his time to be successful in business and supportive to people around him. He’s a genuine guy and really works hard to positively impact everything he is involved with.” 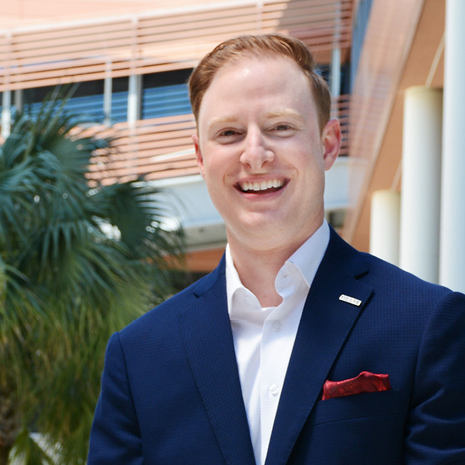 Drew Stevens graduated from the Moore School with his finance degree in 2010. In the past decade, he has volunteered with numerous organizations and has generously donated to many of them. He has also contributed to the Moore School and served on the Young Alumni Board.

Learn how alumni can invest in the Moore School