Moore School alumnus (’18 MBA) and U.S. Army veteran Dave Duffy was already an entrepreneur when he enrolled in the Professional MBA program, but he credits his courses with helping him more successfully run his businesses. Duffy also took on the role of chief operating officer for a veteran staffing company just as the COVID-19 pandemic was beginning in March.

Duffy was hired in March to be the chief operating officer at Beyond SOF, a company that provides staffing and tech and funding solutions that assist veterans as they transition into their next career.

Despite having 12 years’ experience in the defense business community, recruiting is a new arena for Duffy. Coupled with travel and trade show restrictions brought on by COVID-19, starting a new position in a pandemic made for a steep learning curve as soldiers continued to transition and existing veterans still sought work. Duffy relied on his vast professional network to bring more clients to Beyond SOF to enhance the business-to-business model the company uses.

Beyond utilizing his business skills in his new COO role, Duffy also continues applying the knowledge that he learned from the Professional MBA program to run his three Columbia, South Carolina, Tropical Smoothie Café franchises.

Prior to becoming a business owner, Duffy obtained his undergraduate degree in engineering management from the United States Military Academy at West Point. Immediately after graduation, he was commissioned in the Army Infantry and later the Special Forces, also known as the Green Berets.

Duffy’s military career included extensive experience in Africa and southwest Asia with combat experience in Afghanistan. Additional deployments were spent with Operation Support Hope in Rwanda/Zaire, Operation Uphold Democracy in Haiti and Operation Focus Relief in Nigeria. He received the Bronze Star with "V" device for gallantry during combat actions in Khowst, Afghanistan, in 2002.

Duffy served for more than 20 years in the U.S. Army before he decided to take a step back and begin his career as a civilian.

After holding various roles in the strategic business development area, Duffy decided to enroll in the Professional MBA program in 2016 to build upon his existing business knowledge. He said that having a G.I. Bill also influenced his decision to go back to school.

“As a veteran, I wanted to take advantage of my G.I. Bill, and no program could beat the convenience and flexibility of the Moore School Professional MBA program,” he said.

While in the Professional MBA program, Duffy was able to broaden his business knowledge and apply the skills that he learned in class directly to the small businesses that he already owned — the three Tropical Smoothie franchises.

“I had opened three successful businesses before entering the Professional MBA program, so I had the basics down,” he said. “The program did help me minimize some of the inherent risk by providing tools to develop a better business plan while conducting more realistic and detailed market research to ensure that there is a need for the product or service we would like to provide.”

Having the ability to go to school, continue to excel in his career and run his small businesses was something that Duffy looked for in an MBA program. He said that he enjoyed the flexibility that the Moore School Professional MBA program offered so he could simultaneously focus on his businesses.

“I most enjoyed the flexibility of the courses and the chance to network with fellow professionals in the area,” he said.

Collaborating with other professionals in the program helped Duffy understand how business is applied in different fields. He said that it was interesting seeing how each classmate brought a different perspective to group projects. Working together, his group was able to create a successful growth plan in one course that was lauded by his professor.

“[Professor Joel Stevenson] impacted me the most as he validated our approach to business,” he said. “He approved and endorsed our growth plan, and he told me that I ‘get it’ when it comes to running a small business, which was very encouraging.”

Duffy said that he is grateful for his positive experience at the Moore School and looks forward to continuing to use the skills that he learned from the Professional MBA program to open more small businesses in the future.

“Eventually, I’d like to be out of the defense business while owning and operating about 10 businesses,” he said. “I enjoy working with my wife, being our own bosses, while creating something from nothing. We are a good partnership, as I like developing an idea to fruition, and she excels at operations once started. Going forward, we are looking at some non-franchise ideas nested in the food and beverage industry.” 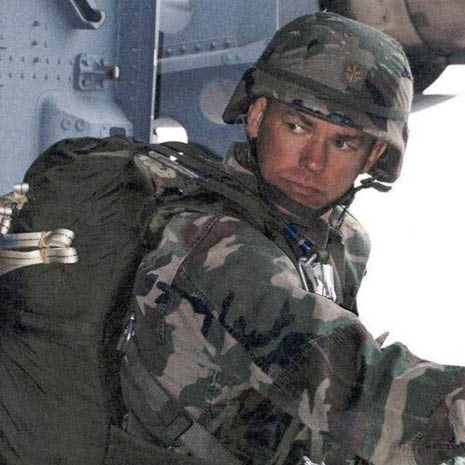 U.S. Army veteran Dave Duffy became an entrepreneur after a 20-year career in the military; he chose to get his MBA through the Professional MBA program so he could still focus on his businesses while solidifying his professional skills. Duffy added the role as chief operating officer for a military staffing company in March right when the COVID-19 pandemic deeply impacted employment.

Connect with Dave on LinkedIn.