A U.S. District Court Judge for South Carolina, Childs graduated from UofSC with a Master of Personnel and Employment Relations, now known as the Master of Human Resources program, and with her Juris Doctorate in 1991.

Childs said she is proud to chair a division for the ABA, which serves as a voice for the legal profession in their advancement of the rule of law and focus on fair and impartial courts and professional competence of members.

“The Judicial Division represents a diverse group of state and federal trial and appellate judges, specialized court judges, administrative law judges and a Lawyers Conference that supports the work of the judiciary,” she said. “This position gives me a great opportunity to focus on programs related to my theme for this bar year — One Judiciary: Access to and For Judges.  During this year, our programming will focus on judicial wellness and security, educational enrichment, diversity and access to justice.”

Childs began her career in Columbia, South Carolina, in private practice and eventually was a partner for Nexsen, Pruet, Jacobs & Pollard, LLP, from 1992-2000; she specialized in the areas of employment law and general litigation.

She served as a commissioner for the South Carolina Workers’ Compensation Commission from 2002-06. While a rising star in the South Carolina legal circle, Childs was named to The State newspaper’s “Top 20 under 40” annual list and received the UofSC School of Law Compleat Lawyer Award, a Silver Medallion, the Richland County Bar Association Civic Star Award and the UofSC’s Outstanding Young Alumni Award. She was honored with the Distinguished Young Alumna Award by the Moore School in 2005.

Childs presided over the South Carolina Fifth Judicial Circuit Court as a judge from 2006-2010. After being nominated by President Barack Obama in 2010, Childs has spent the past decade as a judge for the United States District Court for South Carolina.

In 2018, Childs was the recipient of the Moore School Master of Human Resources Distinguished Alumni Award.

Childs attributes her career in both the public and private sector to the degree pairing she chose at UofSC. In all of her positions, Childs said she has concentrated on labor, employment and human resources issues.

She said the Master of Personnel and Employee Relations/Master of Human Resources program she paired with her law degree added an extra layer of expertise to her skillset.

“My [human resources] degree trained me to manage significant workloads and complex matters,” Childs said. “The program also emphasizes the importance of how decision making affects the lives and liberties of individuals and the reputations and responsibilities of governmental and corporate entities.”

While challenging, Childs said she looks forward to continuing to help people within her role as a judge.

“I have always enjoyed the intellectual challenges of the work and working with individuals, government and the private sector to assist in the resolution of their disputes,” she said. “Each day brings more challenges and more learning opportunities and the ability to help others.” 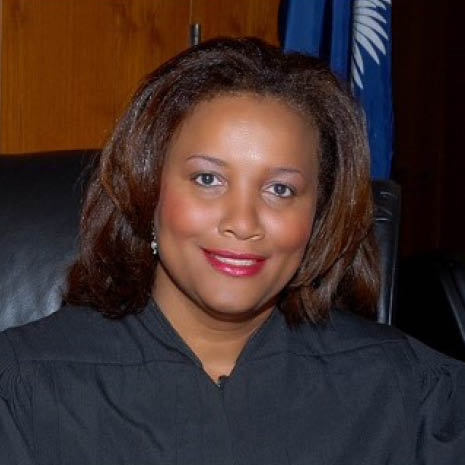 Learn more about the Master of Human Resources program.