In his first 90 days as Pinterest’s head of insights, Chavda said he’s “currently listening to my managers, stakeholders and my team on what’s worked and what are the opportunities for Pinterest moving forward. One of the reasons why I love Pinterest as a brand is that it’s using visual discovery to inspire users to act on their project or activity, whether it’s finding the next recipe or fashion item for an upcoming event.”

Chavda’s role with the company is to help Pinterest translate their understanding of their users to opportunities for other companies to advertise on the platform, he said. With the new role at Pinterest in San Francisco, he is taking a step back with his Y2S Consulting Chicago-based company and is now a silent partner.

With a host of positions with multi-national companies on his impressive resume, Chavda credits part of his success to the International MBA he earned at the business school.

“I was fortunate enough that my first job was with Procter & Gamble, which lasted almost 17 years and entailed living in six countries,” he said. “That initial start that the International MBA gave me with Procter & Gamble was instrumental in building my knowledge, experience and credentials to be able to do a job like head of insights at a company like Pinterest. Had I not made that initial choice for a career in international business, it would have been a very different life for me.”

The International MBA helped Chavda understand how different subjects impact each other.

“For example, how does the smartphone market grow in countries like Turkey or Italy versus the U.S.?” Chavda said. “The underlying analyses and analytics have evolved considerably [in almost 30 years]; however, the logical thought process doesn’t change that dramatically. People forget how similar they are because we are trained to look for differences. Consumer behaviors tend to be more similar than different; it’s culture and attitudes that drive the differences in perception.”

In addition to learning about international differences and similarities, Chavda said even now almost three decades after participating in the International MBA program, he took away some valuable lessons.

“I would also say that [the International MBA] program opened my mind to be curious and learn how to find solutions to problems that were put in front of me,” he said. “That required a proactive approach which I didn’t even know I had until I went through the program. The program taught me there are many ways to solve problems, define the options and weigh the pros/cons and take action.”

Working both in the U.S. and internationally in his career, Chavda said the International MBA program teaches graduates the role that culture can play in how marketing can be impacted from one country to another. In his experience, Chavda saw how different marketing was in the Middle East in the 1990s from other regions in the world and understands it’s drastically changed even there in the past 20+ years.

“As marketing has evolved, expectations have risen of companies to meet consumers where they are,” Chavda said. “Consumers expect personalization, and that’s becoming even more critical for companies as they evolve their products and services. Back at UofSC, we used to learn about mass customization. Back then it was a vision. Today it’s become a reality. I didn’t expect that to happen so quickly, but it did.”

As expected, how business is conducted has changed dramatically since Chavda began his career. He applauds the Moore School’s focus on data analytics so early in the undergraduate program.

“The caliber of students, the expectations are very different today,” he said. “Knowing [data analytics programming like] SQL, Python, R, etcetera, will help the students hit the ground running in their careers. The world is changing rapidly, and the need for these hard skills is more important today than ever before.” 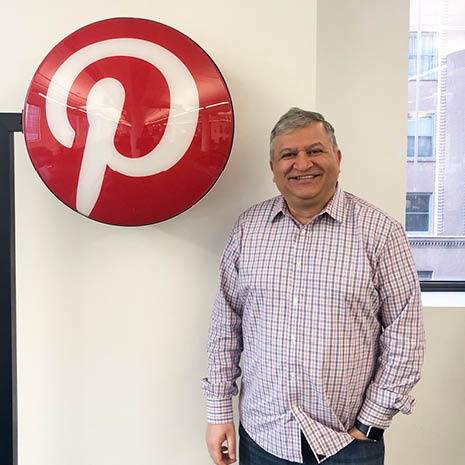 Connect with Yogesh on LinkedIn