Moore School marketing assistant professor Rafael Becerril Arreola recently published research with his colleagues focusing on income inequality and how it impacts the number of products available for consumers in grocery stores.

“Consumer-packaged goods manufacturers compete for the shelf space of retailers to succeed and even survive,” he said. “With a clear understanding of how income distribution changes drive fluctuations in demand, they may be able to better predict the shelf-allocation decisions of retailers.”

“Think of a retailer that carries 20 versions of Cheerios in different flavors and sizes and two different sizes of Oreo O's cereal,” Becerril Arreola said. “As inequality increases, the retailer is more likely to drop flavors and sizes of Cheerios instead of dropping the Oreo O's. This way the retailer still carries both brands, even if overall variety is reduced; though at some point, they may decide to drop the entire Oreo O's brand.”

The manufacturers’ decisions not only impact product and brand selection, they can also affect product prices consumers have to pay depending on where the customers have to shop to get their preferred products.

“Consumers from all income brackets face reduced availability of products and may lose access to their favorite brands, flavors and sizes in their preferred store location,” Becerril Arreola said. “Some consumers will still be able to find their preferred products locally but may need to visit additional stores and spend more time shopping. Some consumers may have to switch to more expensive stores that can afford to offer a higher variety, but these consumers will end up paying more for the same products.”

The other six percent of counties were excluded from the sample they explored because the Census Bureau deems their populations too low to report their income distribution. They chose 944 grocery product categories to maximize the reliability of their results and account for a sizable proportion of products sold in grocery stores.

The main takeaways for consumer-packaged goods manufacturers include observing how income inequality evolves locally and use that information to predict the behavior of retailers locally and nationally. The manufacturers may want to re-evaluate their relationships with different retailers depending on what regions and income brackets they serve, Becerril Arreola said.

“The manufacturers may want to look at income inequality trends to periodically update their product lines,” he said. 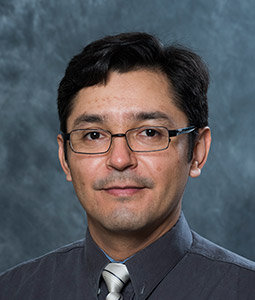 Connect with Rafael on LinkedIn