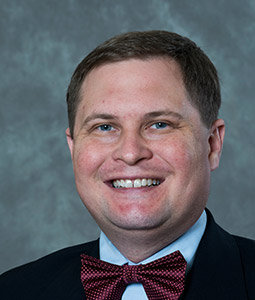 Moore School economics associate professor William Hauk focuses his research on international political economy issues, and since the U.S. is such a powerhouse in the world economy, domestic economic policy has a major impact globally as well. The main economic issue that has impacted the world in the past year is the COVID-19 pandemic. One of the pandemic topics Hauk and his students have been discussing throughout the past year is the U.S.’s relief or stimulus packages.

During such a tumultuous time in the country’s economy during the COVID-19 pandemic, why are relief or stimulus packages necessary?
There are really two justifications for such packages.  One is the pressing moral justification.  Due to the limits on economic activity resulting from social distancing, unemployment shot up during the pandemic, and many other individuals lost considerable amounts of income. To the extent that we can replace their income until the economy is able to work at full capacity again, doing so will keep millions from falling into poverty.  As an economic matter, putting money into the hands of people will hopefully increase consumer spending at a time of high uncertainty.  That keeps more people employed.

What would happen if the government had not sent out relief/stimulus monies during the past year?
As hard as COVID-19 hit the economy, it could have been much worse. When we had to go into lockdowns in spring 2020, some were predicting that we could be facing a new depression. While unemployment certainly spiked during the past year, it has also been coming down rapidly. This has certainly been a difficult year for the economy.  We will never know for sure how bad it might have been otherwise, but fortunately, we never had to find out.

How has unemployment been affected over the past year? Which groups were likelier to suffer from unemployment during the peak of COVID-19?
After the initial shutdowns last spring, the unemployment rate shot up from 3.5 percent in February 2020 to 14.8 percent in April 2020.  That was by a good margin the highest number we have seen since the Great Depression. The good news is that it has since come down to 6.7 percent.  That is certainly not great, but it could be much worse. Unfortunately, that number varies across diverse groups of people. The economic slump hit blue-collar service workers the hardest, and it also disproportionately affected racial minorities and women. The headline employment numbers also hide discouraged workers who have left the workforce entirely.

What will the continued economic recovery look like over the next six months to a year?
There is good reason for cautious optimism. There is evidence that many households who maintained their income throughout the pandemic have saved up a lot of extra income. Combined with the people who are getting a boost from stimulus checks now, we should see consumer spending take off as social distancing winds down. That could put a lot of people back to work. All these predictions, of course, assume that the vaccines are successful at getting us to something like herd immunity.

Anything else you want to add about the U.S. economy during the COVID-19 pandemic?
From an academic perspective, it will be interesting to see if any of these policies that the government enacted in an emergency setting have any staying power. Many policymakers are rightly worried about the increasing national debt. At the same time, the government support during the pandemic may have raised the bar in terms of what the electorate expects in terms of social welfare policy.