Center for Executive Succession recognizes board chair, president and CEO of ADM with leadership award 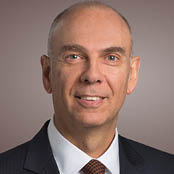 The University of South Carolina’s Darla Moore School of Business will present the Center for Executive Succession’s 2021 Leadership Legacy Award to Juan R. Luciano, board chairman, president and CEO for ADM, a leading global nutrition business. Luciano will be honored with the award and will deliver a keynote at 5:30 p.m. Nov. 16 in Moore School room 101.

Now with more than 30 years as an industry leader, Luciano began in 2011 as ADM’s executive vice president and COO. He was named president in February 2014, and in January 2015, he became the ninth CEO in ADM’s 112-year history. He also became chairman of the board in January 2016.

With Luciano at the helm, ADM has experienced remarkable growth with industry-leading ingredients and solutions that are opening the company to growth opportunities in key global macro trend areas. Luciano has spearheaded the increased use of innovative technologies to meet customer needs and led a strategic growth campaign that has expanded ADM’s global footprint and transformed ADM into a world leader in human and animal nutrition.

Before joining ADM, Luciano spent 25 years at The Dow Chemical Company where he was executive vice president and president of the performance division.

His selection was primarily based on his ongoing commitment to help future leaders with their personal development.

“While Juan has been a huge champion of all talent, he has also effectively invested his time in reaching out to develop leaders from diverse backgrounds,” said Patrick Wright, Center for Executive Succession director, the Thomas C. Vandiver Bicentennial Chair and management and Master of Human Resources professor.

As part of Luciano’s award, the Center for Executive Succession will donate $10,000 to the charity of his choosing.

The Leadership Legacy Award presentation and keynote from 5:30-6:30 p.m. is open to UofSC students, faculty, staff and the general public. Advance registration is required.

Learn more about the Leadership Legacy Award and past winners.