In 2003, Professor Van Kornegay presented his plan for a new major to the School of Journalism and Mass Communications faculty. He had started planning the program three years earlier, motivated by student feedback.

“I created a graphics course called Computer Graphics for the Mass Media. A lot of students started taking it, and students would always tell me—particularly the ad students would say stuff like, ‘Man, I really enjoy this stuff. We should have more of this,’” Kornegay explained. The visual communications program began in 2004 with 35 students. Ten years later, many of those 35 students are alumni with established careers in the communications industry.

Shawn Rourk was among the first students to graduate with a viscom degree in 2005. He signed up for the program after meeting with a faculty member.

“I got really excited because I had been writing for a while at that point and really wanted to try to dive into this whole design thing to just see where it was going to go,” Rourk said.

“We work with a lot of other teams to make sure the product is ready to go and the messaging is on point,” Rourk said. “We work with the public relations team to make sure the graphics and everything we get ready for the press is good to go, and that the images are perfect. It’s kind of a long process.”

Rourk says the job takes most of his time during the year.

“I do this internationally, so it’s not just that we do it here in the States. It’s for everything under the sun,” said Rourk. “I have to brush up on my Mandarin every once in a while, and my German, and remind myself how much I don’t speak those languages.”

April Adams, a 2006 graduate, was an advertising major before the viscom program was created.

“I was one of the first people to volunteer,” Adams said. “I didn’t even think about the fact it could fail and I’d be stuck with this major that doesn’t exist anymore.”

She explained that technological advances created a need for the program.

“We were just kind of hitting that point of social media, and YouTube was becoming big and all that,” Adams remembered. “We were in kind of a new place that people had never been before, so there was a need for something else.”

Adams says progress in the industry continues to change the way she designs websites for clients. She explained that Google allows her to do more freelance work for her clients.

“People would say, ‘Hey, can you do this?’ and even if I didn’t know how to, I would just say ‘Give me two weeks.’ I always figured I could learn whatever I needed in two weeks,” Adams said.

As the manager of social media creative for Audible, 2006 alumna Robyn Fink owes her career to the communications developments that have occurred in the last 10 years.

“That is a job that didn’t exist before I got it. I originally started working at Audible in December of 2010 and I was just a graphic designer on the design team,” Fink said.

Fink explained that design needs increased as Audible realized the potential of social media, and the company created the new position. Fink jumped at the opportunity because of her interest in social media.

“I actually did my Honors Thesis at USC on Facebook. And again, this was ten years ago when Facebook was barely even a thing, but I was just fascinated by it,” Fink said.

The relatively new position is still finding its place in the industry.

“It’s not really a standardized position across the editors. Some people are social graphic designers,” Fink said.

Mary Pratt, who graduated in 2007, said what she valued most about her viscom education was the focus on storytelling.

“They had such an emphasis on content and meaning,” Pratt said.

Pratt lives in San Francisco where she is working on a feature documentary film called The Aloha Effect. The film follows two mentors at an after school program in Hawaii called After-School All-Stars as they worked with students to put them on track toward graduation and college.

“It was like a pure passion project,” Pratt said.

Pratt welcomes the changes of the recent decade with energy.

“I feel like there are so many tools that make things really easy,” Pratt said. “I don’t resent any of that at all. I say bring it on, let’s make the world more beautiful.”

A decade after its creation, about 230 current students are majoring in visual communications.

“It’s gone up and down but it’s grown tremendously in number,” Kornegay said. “It was a reaction to what’s happening in the world.” 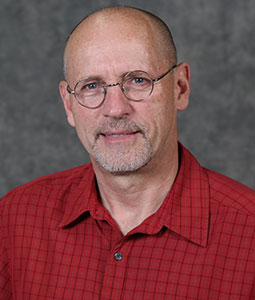 Visual communications sequence chair Van Kornegay began the program in 2004 with 35 students. Since then, he has received two Mortar Board awards and the Michael Mungo Award for Outstanding Undergraduate Teaching.