School of Journalism and Mass Communications multimedia seniors Andrew Moore and Colin Demarest wanted to witness the energy of a Donald Trump rally. They grabbed their cameras and notebooks and traveled to a crowded Lexington County barn where several thousand raucous Trump supporters waited to see the Republican billionaire.

"It was astonishing to see how passionate people can be about one candidate, especially such a large crowd packed into such a small barn. But it was also a test for me – writing on deadline. I just feel that I'm now prepared to cover more political events in the future," Moore said.

When former Florida Gov. Jeb Bush roared into South Carolina in an attempt to shore up his single-digit poll numbers before the Feb. 20 Republican presidential primary, broadcast sequence seniors Taylor Hollander and Gabrielle Ehrens were there to record an interview and find out if South Carolina is still "Bush Country."

"This was the first true political experience I had," Hollander said. Jostling with other camera-laden reporters to claim a spot near the candidate, she quickly discovered: "You have to be aggressive. You can't just sit back and watch."

Charnita Mack, their colleague in USC's capstone Senior Semester, aimed to find out how Democrat Hillary Clinton, the frontrunner leading up to the Feb. 27 Democratic presidential  primary, interacted with rural South Carolina residents.

She journeyed to Denmark, a small, predominantly minority community in Bamberg County, and listened as Clinton unveiled a rural initiative that the candidate said would turn South Carolina's "corridor of shame" — that broad swatch of poor, rural South Carolina along Interstate 95 - into a "corridor of opportunity."

"It was eye-opening and exciting," Mack said, describing her first experience reporting on a major political figure. "It is so good that I get the opportunity to do this in this class."

Those encounters with Republican and Democratic presidential candidates are part of the daily — and heady — routine of Senior Semester during this 2016 presidential campaign year.

Under the guidance of four instructors and the dean of USC's College of Information and Communications,  the 32 students are immersed in a daily newsroom experience, preparing a 30-minute afternoon news show Monday through Friday and posting daily to www.datelinecarolina.org.

South Carolina's "first in the South" Republican presidential primary, followed a week later by the Democratic primary, ensures the students get a front row seat to history.

Armed with their Carolina Reporter media credentials, they report alongside veteran journalists from CNN, MSNBC, the New York Times and the Washington Post.

From now until the end of the month, they will be covering live appearances by the candidates, writing about trends and discovering what ordinary South Carolinians think about the future of the presidency.

Charles Bierbauer, dean of the College of Information and Communications, provides the philosophical underpinnings of the experience, leavening the students' daily reporting with a twice-a-week class on politics and presidential campaigns.

"I'm essentially teaching this class backwards," Bierbauer said. There will be time for deeper analysis of the issues that marked this election season once the candidates depart the Palmetto State, but for now the students are immersed in frenetic reporting on the issues that resonate with voters and the political fortunes of the candidates.

Polls suggest frontrunners Trump and Clinton have their respective primaries locked up. But the students are also writing about the issues that dominate the campaign and following the candidates who want to overtake the primary leaders.

It's a capstone experience that prepares these intrepid fledgling journalists for jobs in the profession and reminds them of their higher calling as guardians of the First Amendment. They know they have an important role in covering issues that underpin a democratic society. 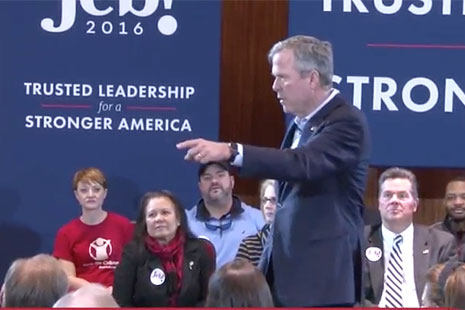 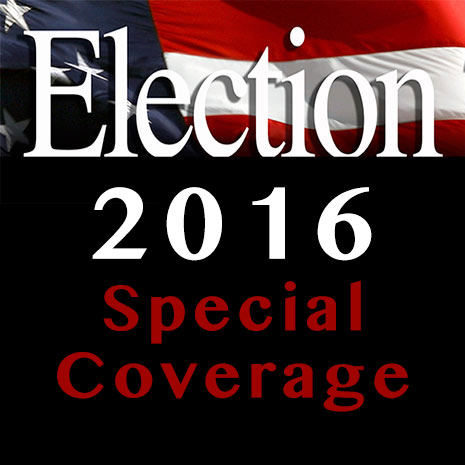 Read the student stories and watch video interviews of the 2016 presidential campaign. Photos taken by multimedia students during coverage of the 2016 Presdiental Campaign.

All the faculty in the Senior Capstone course are former journalists and bring those skills to the class in different areas of emphasis: