Tide's "It's Yet Another Tide Ad" took the top spot in Cocky’s Super Ad Poll this year.

Around 100 students gathered in the School of Journalism and Mass Communications on Sunday night to watch the Super Bowl and judge the commercials. This year marks the 15th year that professor Bonnie Drewniany’s Super Bowl Commercials class has graded the highly anticipated advertisements. For the first time, a number of faculty and staff members got in on the fun by watching the game from another room and periodically checking in on the students.

Students judged the commercials based on the categories of brand identity, likability and persuasiveness. Drewniany says that the persuasiveness category is sometimes misunderstood.

“Persuasive doesn’t mean that you’re going to leave the Super Bowl party and then go out and buy whatever was advertised, but it does mean that you should have some type of a shift in attitude toward the brand and it should be more positive,” says Drewniany.

The Cocky award-winning Tide ad spoofed a Mr. Clean commercial where the brand mascot danced around in a woman's kitchen in his traditional all-white outfit. In Tide's version, Mr. Clean turns into "Stranger Things" actor David Harbour, who reminds the woman that she is really in a Tide commercial.

Executives from Saatchi & Saatchi New York, the firm that produced the Tide commercial, will be invited to the university to accept their award and discuss how they came up with the winning ad. Cocky Award recipients from past years have included Buick (Pee Wee, 2017), T-Mobile (#Ballogize, 2016), Coca-Cola (Make it Happy, 2015) and Cheerios (Gracie, 2014). See all previous winners here»

The Carolina community was invited join in the action by voting online Sunday night and Monday morning. In addition, viewers were able to participate in the online discussion using the hashtag #UofSCAdPoll.

Daniella DeRobbio, senior public relations major, says the Tide commercial was one of her favorites of the night.

“I think it was really brilliant how in the Tide commercial, David Harbour pointed out something we don't usually notice, which is how clean people's clothes are, and it was creative and funny and not expected at all,” says DeRobbio.

In preparation for the Super Bowl, the class studied up on many of the commercials that were going to be aired during the game but some ads still managed to surprise the students.

Eliza Lynch, senior public relations major, says that the Wendy's commercial stood out to her.

"I found it really interesting and surprising that the Wendy's ad made fun of McDonald's and directly attacked a competitor. I didn't think it was bad, but it wasn't what I was expecting from them."

Kelly Garcia, junior broadcast journalism major, said she took the class to learn more about the behind-the-scenes efforts that are required to produce Super Bowl commercials.

"I wanted to see how the advertising process works, and I've learned that some commercials take a full year or six months to make, so it's really cool to see the process that goes into even just 60 seconds."

Taylor Evans is a fourth-year public relations student from North Myrtle Beach, S.C. Interested in strategic communications, she aspires to work for a public relations agency or media company.

1. It's Yet Another Tide Ad

2. It's Yet Another Tide Ad Again

Online Poll
Alumni and friends of the college voted in our online poll using the same criteria as the class: brand identity, persuasiveness and likability. 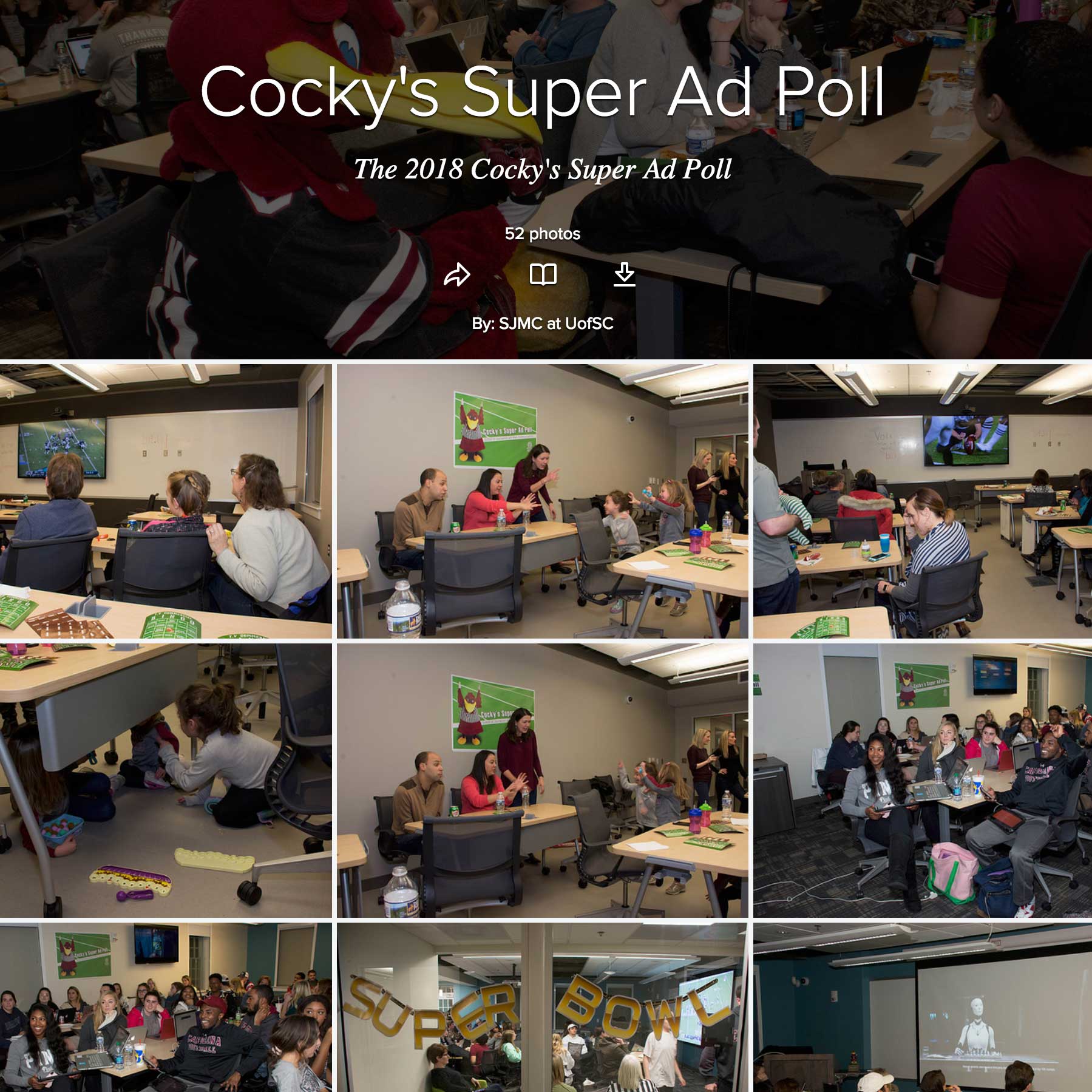 Click on the image to read some of the student Tweets about the Tide ads.