A crumb-smattered toddler stands up in his seat, eyeing James Jude Courtney as he sits down for breakfast in the booth across from his.

“Hey, aren’t you beautiful?” Courtney says to the little boy, his eyebrows raised, a warm smile spreading across his face. The waitress comes by to take his order, and the two laugh when they recognize each other — the 6-foot-3 stuntman is becoming something of a regular.

To watch him — greeting children, chatting with the waitress — it’s hard to imagine that at that very moment, moviegoers all over the world are also watching him — and screaming in terror.

Courtney stars alongside actress Jamie Lee Curtis in Halloween, a sequel to the same-named 1978 slasher film. But you won’t recognize his face. That’s because he plays Michael Myers, the masked murderer who’s inspired nightmares — and Halloween costumes — for the past 40 years.

“It’s such an iconic role,” says Courtney, a 1981 graduate of the USC School of Journalism and Mass Communications. “As soon as I was cast, I had a built-in fan base of millions of people. I’ve never done anything like this before. I’ve done some great roles, and some fun roles and things I’ve been recognized for, but nothing like this.”

Originally from Columbia, Courtney — formerly known as James Herbkersman — moved to Los Angeles shortly after graduating from USC. Since then, the actor and stuntman has appeared in movies and TV shows such as General Hospital, Buffy the Vampire Slayer and Babylon 5. But nothing has been as big as this. Released in mid-October, the 2018 iteration was an instant hit, topping the box office and becoming the second-highest-grossing film in the Halloween franchise.

For the Halloween fandom, his hire has been seen as a changing of the guard. The original Michael Myers, actor Nick Castle, returned to shoot one scene in the film, but the rest was all Courtney.

“I’m finding myself deeply grateful because it was such an incredibly fulfilling creative experience,” he says. “And now, I’ve signed, easily — I don’t know — 4,000 autographs so far and taken pictures. I’m realizing I get to be a part of other people’s joy.”

The opportunity came out of left field. The eldest of seven boys, Courtney had moved back to Columbia to be closer to his large family and to focus on writing a movie of his own. His acting career, it seemed, was winding down. Then, out of nowhere, he got a phone call.

“Writing a screenplay is a years-long process. It’s a bloodletting,” he says. “I know coming back here, I can live in peace and quiet. I can get my work done. And then this happened.”

But he couldn’t say no. The original Halloween hit theaters when he was in college, and the awe that it evoked was etched into his memory.

“When a film takes me out of it, like Halloween did or Rocky did, then I know there’s something special,” he says. “I had a date for that movie. I can’t remember her name, I can hardly remember what she looks like. But I remember that film.”

Today, J-school students learn the ropes in a newly renovated building that boasts two state-of-the-art production studios. But when Courtney was a student 40 years ago, aspiring communicators honed their skills in the drab, windowless basement of the Carolina Coliseum — a space appropriately nicknamed “the dungeon.”

“I used to plan my classes from the Coliseum to somewhere else on campus so I could walk back and forth and get out and, like, be around people,” he says, laughing.

Here, Courtney majored in broadcast journalism. His dream was to be an actor, not the next Walter Cronkite, but the program played an integral role in strengthening his on-camera presence. And the nature of journalism resonated with him.

As a student, he spent a lot of time hanging out in the office of his law and ethics professor, Mark Ethridge Jr. A Princeton graduate and seasoned newspaper editor, Ethridge was the sort of journalist who wasn’t afraid to voice his opinion on issues of social justice. He had a way of making students think — especially Courtney.

“Ethics intrigued me because I think the ethics involved in journalism go hand-in-hand with the ethics we should be enjoying in movies and television,” Courtney says. “You know, we have a responsibility and a part in shaping society.”

He saw school as a place where what he learned mattered more than grades. Classes like Ethridge’s fed his need for knowledge, but he also filled his schedule with any elective that caught his interest: an anthropology documentary course, film retrospectives, business classes. It meant an extra year and a half on campus, but the perspective it gave him was worth it.

“A big part of my education at Carolina were those courses that I didn’t have to take,” he says. “I think, especially for a journalism major, it’s really important to expand their horizons, to go beyond their belief systems, to go beyond the things we think we’re interested in and to experiment with the things we’re not.”

But school was about having fun, too. Courtney joined a fraternity. He rubbed elbows with Heisman winner George Rogers, who was in a couple of his classes. And sometimes he broke the rules.

“I will admit I sent a pledge down to take my typing test,” he says, laughing over his cup of coffee. “I can’t type. I don’t think they’ll bust me at this point.”

An astrologer friend told Courtney his career would take off when he moved home to Columbia.

Shortly after filming wrapped up at the beginning of 2018, things began to get busy. Interviews, podcasts, public appearances — life became early mornings and late nights. With talks circulating of a possible Halloween sequel, the actor knew he’d need help if he was going to juggle it all.

Being back near the university has its perks. On the recommendation of his brother, local acupuncturist Martin Herbkersman, Courtney connected with Moore School student Jordan Kinard. Now a 2018 alumna, Kinard was in the process of launching her own social media consulting and brand management business. It was perfect symbiosis: Kinard would help him manage his public persona, and he’d support a USC alumna as she built her business, J. Ashley Innovations. Since then, she has designed him a website, expanded his social media presence, and assisted him with publicity.

“Working with a fellow Gamecock on this scale before I even graduated was the best thing I could have asked for,” Kinard says. “The support and respect is unparalleled! He has asked repeatedly what he can do to help me grow my marketing business, and he's mentioned to me numerous times that he would much rather be working with me than a firm because I put in much more time to make sure his needs are met.”

For Courtney, the alumni bond is one that matters. Even in L.A., geography was no deterrent — he’d sometimes gather with the city’s Gamecock Club community to watch games and stay connected to his roots.

Back in Columbia, he’s excited about the opportunity to help alumni like Kinard and, once the dust has settled, find other ways to give back to the school and university that prepared him for his scream-worthy rise to stardom.

“I love Darius Rucker for this — that he’s a Gamecock,” says Courtney. “Because it’s so easy to walk away from an experience and just let it go. But man, Carolina gave me so much. It gave me so much. It’s such a rich, rich school.” 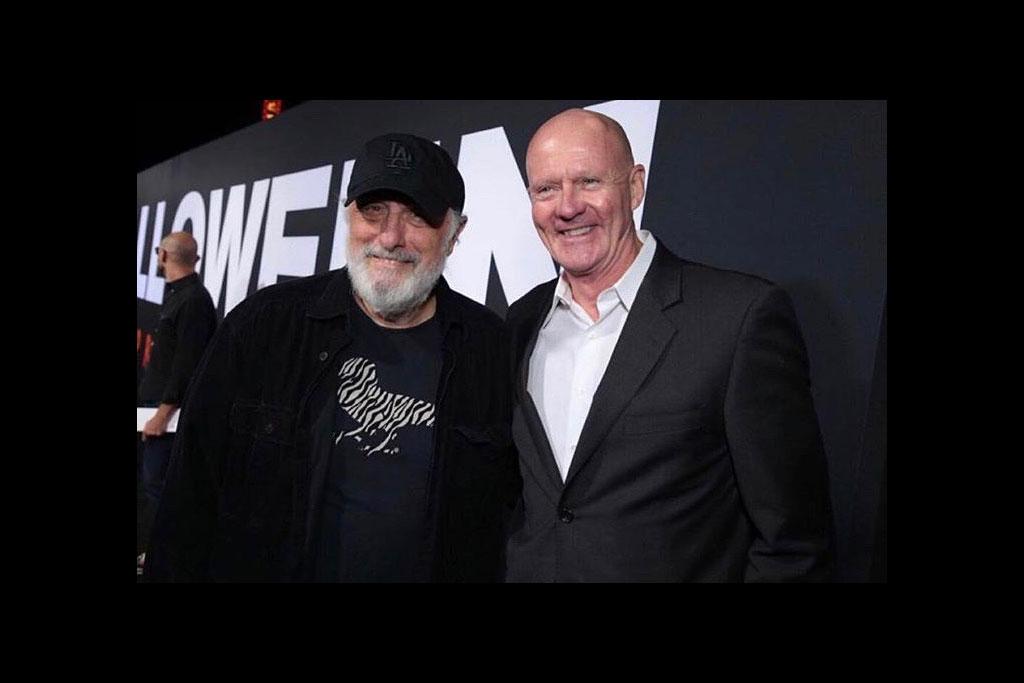