Testimonial of a CreateAthon@USC volunteer

The long, long day had just begun, and I sat in a room with my team of eight as the first minutes of USC’s 24-hour CreateAthon began ticking away. The projector displayed the logo of Eau Claire Cooperative Health Center, the nonprofit that we were working to benefit. “ECCHC” was written in bubble letters on one of the many white boards that surrounded the room, but otherwise, their pristine white worked solely to reflect the fluorescent lights that lit room 217 of the J-school.

Our team mentor, Derek Walker, an owner of the local ad agency Brown and Browner, stood before us. He knew the direction that we needed to take our advertising campaign but could only think of one way to put us in the frame of mind to get there.

“Have you ever sat there,” he said, “in a chair at the hospital as you’re told that your first son passed away and your wife is near death, and then had the doctor ask you to sign a waiver saying that none of this is his fault?” None of us answered.

The room went silent. In that fleeting moment, as Derek recounted the details of his darkest day and the financial strain that came because of it, we felt some of his pain. And that evoking of empathy became the central branch that our entire campaign grew off.

For the next 24 hours, our team developed videos, commercials, posters, billboards, logos, taglines and a website that we hoped would make those who saw our work feel emotion.

Eau Claire provides healthcare to everyone who enters and only charges them what they are able to afford. We framed our campaign with the idea that you should never have to give up something in your life to afford healthcare, and with Eau Claire, you don’t have to.

There were times in the night where we ran into difficulties. Ideas didn’t pan out as planned, technology failed us, and the effects of exhaustion made even the easiest tasks tough. But, somehow, we did exactly what we had planned out in the opening hour of the event.

At the end of the 24 hours, as the clock struck 12:30 p.m. and our weary hands dropped the pencils that had been glued to them for the past day, we presented our work. By the end of presentation, I could see the faintest outline of a tear in the eyes of one of Eau Claire’s leaders.

The day had been filled with many cups of coffee, great camaraderie, and memories and friendships that I’ll never forget. And it ended exactly how my team had hoped: by evoking emotion in those who witnessed our work. 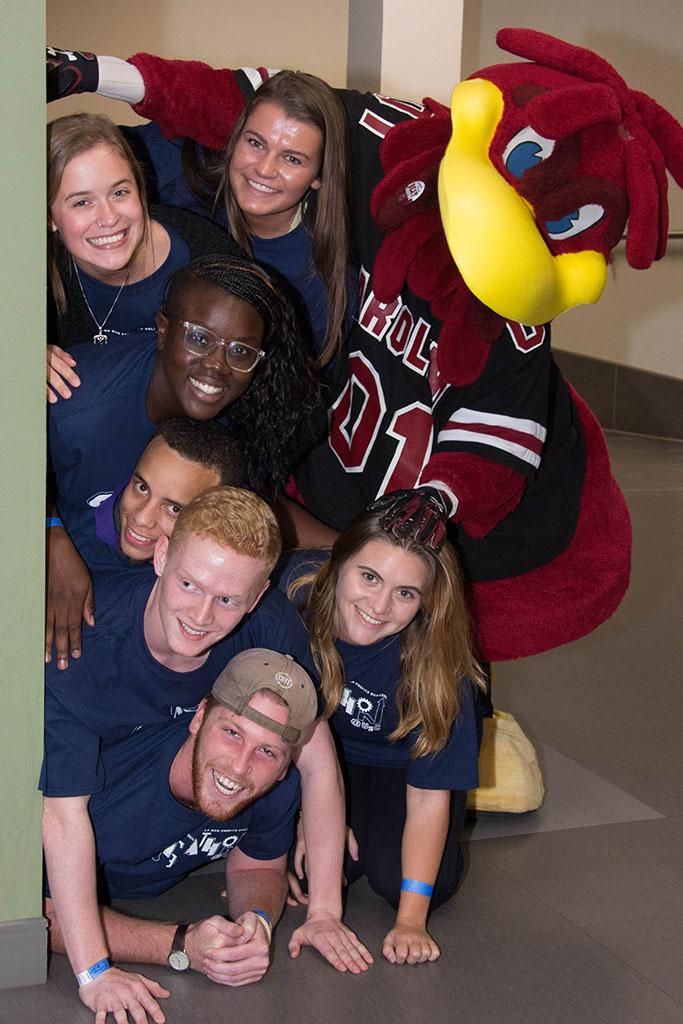 Cocky for a reason

Team photos with Cocky. Abe is pictured at the bottom of the group pile.

101Volunteers who gave up sleep for a good night's work 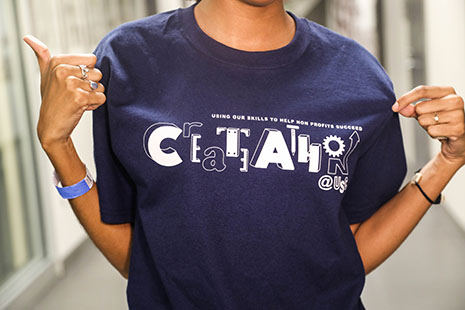 The House team created this snippet of CreateAthon@USC 2018. 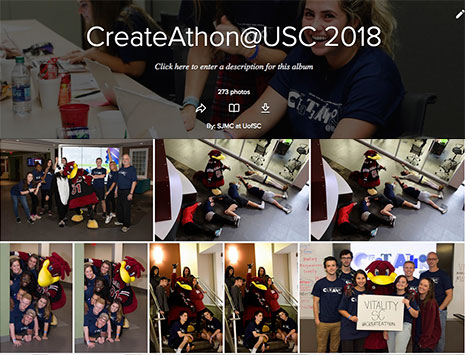