They are quiet. They may not even speak with him at all. But he knows the difference that the organization can make on each of them for one simple reason: he was there before.

Landess, SAF’s current president, did not start off as the confident leader that he has grown into. Instead, just two years ago, Landess was a timid and hesitant freshman who ultimately found comfort and self-confidence in the organization he now leads.

For Landess, that personal growth came as a result of the leadership roles he was awarded through SAF, the individuals and professors that he worked closely with, and the outside organizations, like CreateAthon@USC, that SAF introduced him to.

Bonnie Drewnianny, the advisor for SAF, described Landess as “super dependable” and a “true leader.” She said, “I think he has the confidence of everyone. Because he really runs meetings not as a dictator, but as someone who is celebrating the field and wanting everyone to be as excited as he is about it.”

Landess first came to an SAF meeting as a freshman, knowing that the organization’s goal was to expose its members to the advertising industry through meetings with industry professionals, going to regional conferences, and participating in hands-on ad competitions. That year, he became more and more involved with the organization, and began connecting with many of the older members. Then, in the second semester of his sophomore year, he became the vice president.

Now as president, it is Landess’ main responsibility to schedule the professionals that come in to speak to SAF members. And in just the first two weeks of his presidency, he has already successfully organized a speaker to fly in from Richmond, Virginia.

Says Landess, “We bring professionals in to show our students, ‘hey, this is what you can achieve.’”

He has also emphasized bringing in all kinds of students to the organization, and has been trying to recruit students from a variety of majors. At interest meetings, Landess has tried to publicize that you don’t have to be an advertising major to be in the club. He feels that any student could benefit from joining SAF.

“He’s totally upbeat! It’s fascinating,” said Drewniany. “Even when, perhaps, there isn’t as large a crowd in a meeting as one might have hoped, he’s going, ‘oh it’s awesome to see so many new faces! And some returning faces!’ Versus just the glass is half empty here, like, ‘where is everyone?’”

It is with optimism and confidence that Landess hopes to lead and grow SAF, so that his story of development within the organization is just a prelude to the growth stories of many new members. 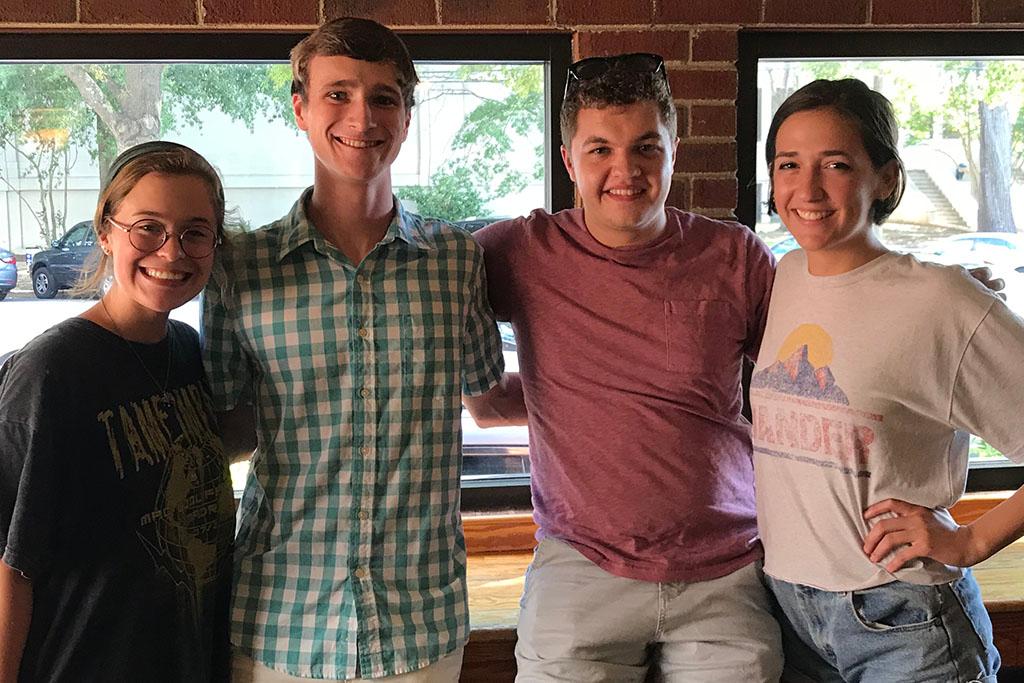