Organizer Dr. Kenneth Campbell, an associate professor in the SJMC, says the symposium is one of the school’s most meaningful events.

The AEJMC Southeast Colloquium was also a meaningful event, particularly for graduate students and faculty in the early stages of their research. The colloquium provided them active feedback on their research — feedback that they likely would not have been able to receive at AEJMC’s national conference.

In conjunction with the two events, the school hosted two Google News Tool Training sessions, provided as part of the Society for Professional Journalists’ Google News Initiative. In addition to SJMC faculty and graduate students, the sessions were open to visiting educators, including many from South Carolina HBCUs. They focused on data-driven storytelling and building a better audience relationship by exploring cutting-edge Google technology such as data scraping and reverse image searching. Attendees worked hands-on with Google programs such as Public Data Explorer and Tilegrams as they learned how to develop complex visuals. Participants also learned the ins and outs of Google Trends to help them better understand their audience’s interests.

“It’s about providing a learning, hands-on opportunity — what we might call professional development — for people who are looking for new ways to integrate new technologies into their undergraduate and graduate classrooms,” said Smith, who also organized the Google trainings. “It’s not just about the ‘thinky’ side, it’s about the ‘do’ side and giving students the skills they need to be more competitive as they enter the job market.”

But the events weren’t just about research. The J-school also brought in speaker Al Letson to provide a crossover keynote for the two crowds. Letson is the host of “Reveal,” a Peabody Award-winning public radio program and podcast that focuses on investigative reporting.

He examined the weight of journalism, the objective nature of objectivity in journalism and the need for journalists to find hope in what he considers a dark time in the industry. By the end of his near-25-minute speech, the room had been moved to silence.

In particular, Letson discussed the media’s tendency to overlook stories of staggering injustice. He gave the example of U.S. Homeland Security Secretary Kirstjen Nielsen’s March 6 statement that children seized at the border weren’t being kept in cages — in her words, the DHS enclosures were too large to be called that.

“The news media that day, I saw a blip here and there about it,” Letson said. “But we were too busy talking about other things. We [as journalists] have a responsibility. We have to carry the weight. Because if we don’t carry the weight nobody else will. That’s why this job is sacred. That’s why what we do is important.”

Smith says the simultaneous events allowed the SJMC to make valuable connections and have a powerful impact within the academic community.

“Ultimately, this conference is about growing,” Smith said. “It’s about growing in your scholarship and growing the number of contacts that you have. I think people took away that this is a very welcoming place to be and they also took away great ideas for how to teach things and how to think about things.” 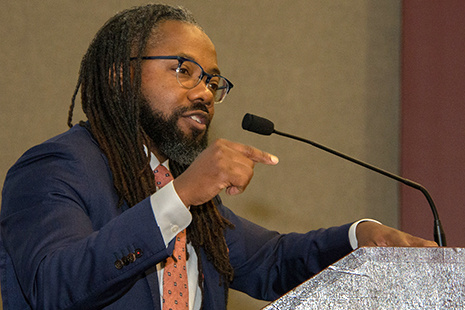 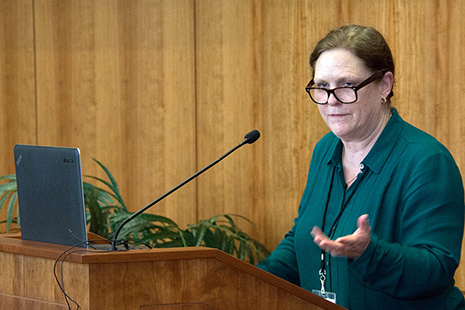 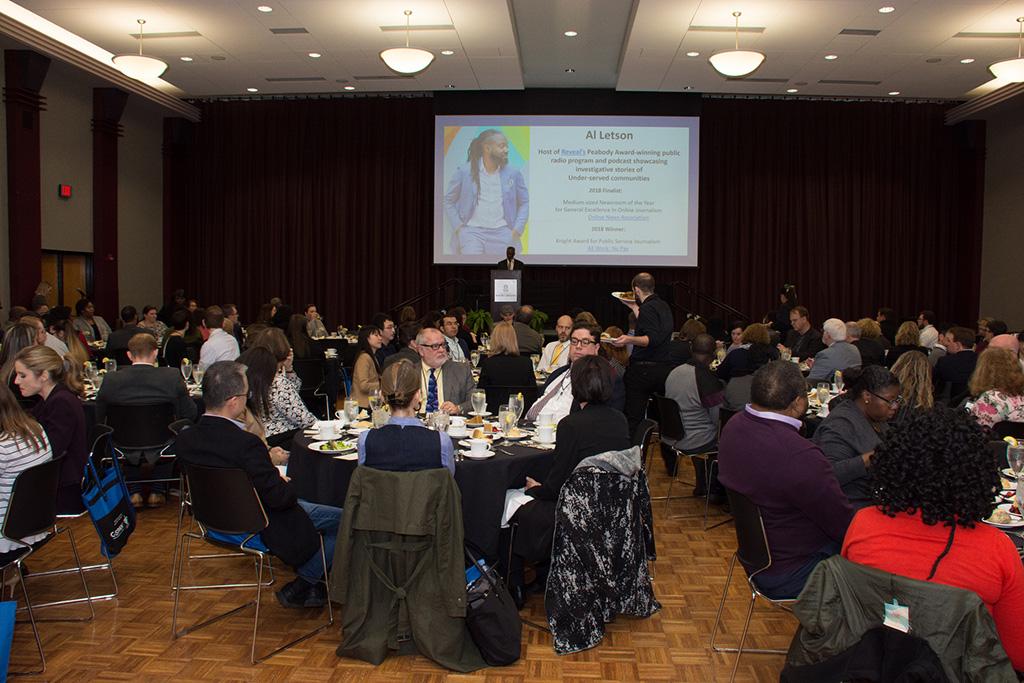