A degree 49 years in the making

After a life of presidential planes, television commercials and documentaries, George Patterson is keeping his promise to his parents and finishing his degree at the University of South Carolina.

Patterson’s college career started in 1971 as a broadcast major, but he left two credits shy of graduation to take a job writing television commercials in Charleston. When his company bought their first electric video camera, Patterson used the skills from his film classes to become the leading cameraman. “When you go to USC you have this toolbox, and you have all these tools and no matter what you want to do in life you can apply them to whatever career,” he said.

Patterson went on to work at ABC News and as the cameraman on first lady Hillary Clinton’s South Asia tour in 1995. He chased fires and filmed a presidential campaign but left news to pursue filming, directing and producing documentaries. He traveled across the U.S. and to Cuba filming Great Museums: A Documentary Series before working on his final piece, Saving Place, Saving Grace.

In retirement, he decided that it was finally time to return to South Carolina. “I always promised my parents that I would finish and get my degree,” Patterson said. “They have both passed away, but I said, ‘You know, I still have to keep this promise.’”

Not many 68-year-old men come back to finish their degree, but the university decided it could pair him with assistant professor Van Kornegay to do an independent study and earn his remaining credits. Using his drone experience from documentaries, Patterson is helping Kornegay create a class about drones.

Kornegay has enjoyed his time working with Patterson since it gives him a peek into what his current students will be like 40-plus years down the road. “It’s cool to feel like you have a little part in the student’s success and to see someone like a George get out and really do well and still have a connection here,” Kornegay said. 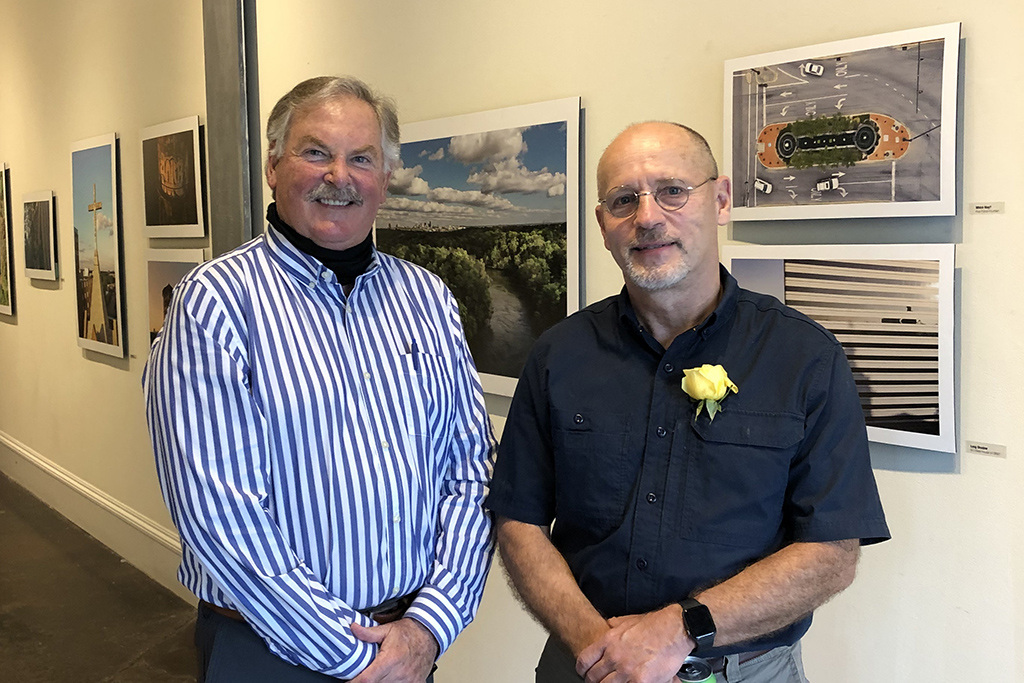 George Patterson has had a storied career.