When broadcast journalism major Ward Jolles tied for first place in the Broadcast Education Association’s Faculty Festival of Media Arts in March, he didn’t expect to win. That’s because he didn’t even know he was nominated. Professor Laura Smith submitted the surprise nomination — she knew he had a shot to win big.

Jolles has spent the past four years at the University of South Carolina working tirelessly to grow into the broadcaster he hopes to be. From hosting two shows and producing five for WUSC and overseeing the production of SGTV to his current position as a digital content producer at WACH Fox, he's acquired many awards for his work along the way.

While serving as news director at SGTV News 4, he won the Associated Collegiate Press Peacemaker Award for broadcast news, something he explained as the “collegiate equivalent of the Pulitzer Prize,” Other awards from College Broadcaster, Inc. include a first place for Best 4-year TV Station of the Year and a Best Station Promo. He also earned a second place for Best Video Packaging from College Media Association.

The winning story was an assignment for Smith’s class. Originally, Jolles planned to write his piece on the crowded bars in Five Points, an issue that had gone viral in news studios across the state. But he did a complete 180 after sitting down with the owner of Village Idiot and learning about the negative impact these viral Five Points news stories were having on the businesses in the area.

The production and the storyline were “just plain pretty to watch,” Smith says. So, she didn't hesitate to submit it to BEA without Jolles’ knowledge. When the winners were announced, she interrupted him in the middle of an SGTV broadcast to tell him the news, a moment he said he will never forget.

“I’m really happy for Ward,” Smith says. “His story had just about everything we wanted to see in a hard news piece.  It’s important to our community, has strong characters, great video and natural sound, good pacing and is beautifully written and presented. Ward pulled it all together in a tidy package.”

Paige Fallon is an intern in the communications office of the College of Information and Communications.  She is a senior public relations major and political science minor. She plans on attending law school after taking a gap year post graduation to explore her interests in the field of law. 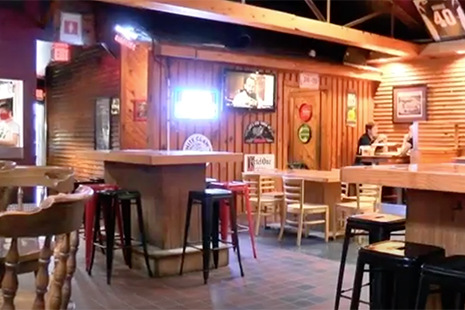