Moore School Professional MBA student Nicholas Fernandez intends on finishing his final five classes even while balancing a new leadership role with First Citizens Bank, being a husband and parenting three young children. Because of his busy schedule, Fernandez is extremely grateful to the Professional MBA program for its flexibility as he pursues his master’s degree.

Fernandez recently accepted a promotion with First Citizens Bank as the senior vice president and regional credit executive for southeast Florida. In this role, Fernandez is helping to fully integrate two recently acquired banks into First Citizens Bank. Additionally, he will manage the Commercial Credit Platform for southeast Florida. The long-term goal for his new region is to build a $3-4 billion commercial banking operation throughout the state of Florida.

“As you can imagine, this was a great opportunity for me and a chance to participate in an executive role at a regional level,” Fernandez said.

Fernandez was eager to accept this new promotion, but the only catch was that it required his family to fully relocate from North Carolina to Florida. So, in the span of just three weeks, Fernandez and his wife, Kristin, packed up their three kids and moved to Boca Raton, Florida.

With just five classes remaining and 11 behind him, Fernandez has no intention of letting his relocation and promotion keep him from completing his degree. Thankfully, First Citizens Bank is very supportive of his aspirations.

“I have full flexibility to complete the program but will definitely need to rely on the remote connectivity,” Fernandez said. “I do routinely travel back to Columbia for the Saturday [Professional MBA] sessions.”

Balancing family, work and his graduate courses has been tough for Fernandez. Because the program allows students to work remotely and on their own schedules, Fernandez is able to work on assignments during his lunch break and attend class after his kids go to bed.

Fernandez said he has learned a great deal from the Professional MBA program. Fernandez believes his coursework is relevant to his role at First Citizens Bank. Reflecting on his coursework so far, he said he was able to take aspects of a topical marketing class where he learned about measuring sales performance and effectiveness, strategic alignment and sales execution and directly apply it to his work with First Citizens Bank.

“Another vital [aspect of the Professional MBA program] that is very relevant [to me] is the ability to leverage the large UofSC [alumni network],” Fernandez said. “I am currently in the process of connecting with the various Florida UofSC alumni networks in an effort to build connectivity and grow the First Citizens Bank brand.”

Fernandez believes that networking is vital in the corporate banking market. He plans to use the UofSC global network to establish his personal brand in Florida and increase awareness of First Citizens Bank.

“Plus, it helps me connect with other Gamecocks,” Fernandez added.

This Gamecock network has helped Fernandez in personal pursuits in addition to professional ones. Dedicated Gamecock athletic fans, Fernandez and his family have met Will Muschamp, head football coach, through mutual friends on multiple occasions. Next on Fernandez’s bucket list? Meeting Gamecock men’s head basketball coach Frank Martin, who shares a similar heritage with Fernandez, who is of Cuban descent and from Miami. 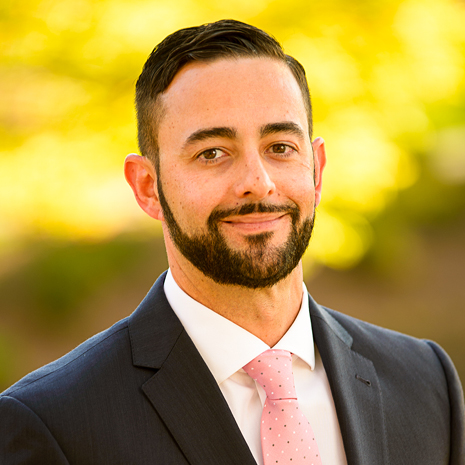 Connect with Nicholas on LinkedIn