Senior instructor Scott Farrand first visited Malawi, Africa, in 2013 with colleague Van Kornegay and 11 students on a service learning trip to work Ministry of Hope - a nonprofit that serves vulnerable children, especially those who have lost one or both parents. The people and the culture of the country inspired the visual communications instructor, and he knew he wanted to do more for them when he returned.

Five years later, Farrand was developing another service learning study abroad trip to again work with Ministry of Hope, and he decided he wanted to bring the children there something they seldom have — toys. He and his students organized a drive to collect Beanie Babies, a stuffed animal that emerged as a major fad in the late 1990s. He figured the toys — which were once collected as a hobby as well as a financial investment — were sitting in boxes in many American attics. The plan was to collect 100 Beanie Babies for the children of Matapila, a rural village where the class would spend a night of their trip. Candy would be distributed with the toys and people would also be asked to make a small monetary contribution which would be used to help buy essential items the children need such as blankets and medicine.

“The idea started as a way for public relations students to get some fundraising experience and to raise a little bit of money for the children we knew we would visit in the rural African villages,” Farrand says. “The children don’t have toys and they don’t have money or food and they rarely get candy. So we would take an iconic American toy that many people have and takes up space in their homes and give them a new life in Africa.”

But the goal of collecting 100 Beanie Babies quickly expanded, thanks to an idea from junior visual communications student Cole Lowery. Lowery had the idea to write to Ty Inc., the manufacturer of Beanie Babies and the largest retailer of stuffed animals in the world.  A few weeks later, 600 brand new Beanie Babies arrived at the School of Journalism and Mass Communications.

“When thinking about how happy the kids would be with the toys, I knew the company could not refuse,” says Lowery. “So, I took the chance, placed the request, and Ty delivered.”

At this point, the small service project evolved into a larger mission to help children in Malawi.  Instead of collecting Beanie Babies, students had donors pick the animal of their choice, write their name on a piece of paper attached to the animal and include a monetary donation. In six weeks, the class had 860 beanie babies and had raised almost $2,000 for Ministry of Hope.

“The smiles of the children with the Beanie Babies was worth all the work,” says Farrand. “It was mission accomplished.”

Once at the village, the students distributed the Beanie Babies to the eager children and took pictures of the recipients holding up the name of the donor and the toy.  The pictures will be posted on the school's Flickr site as they are processed so that donors can see the child who received their donation. View them here» 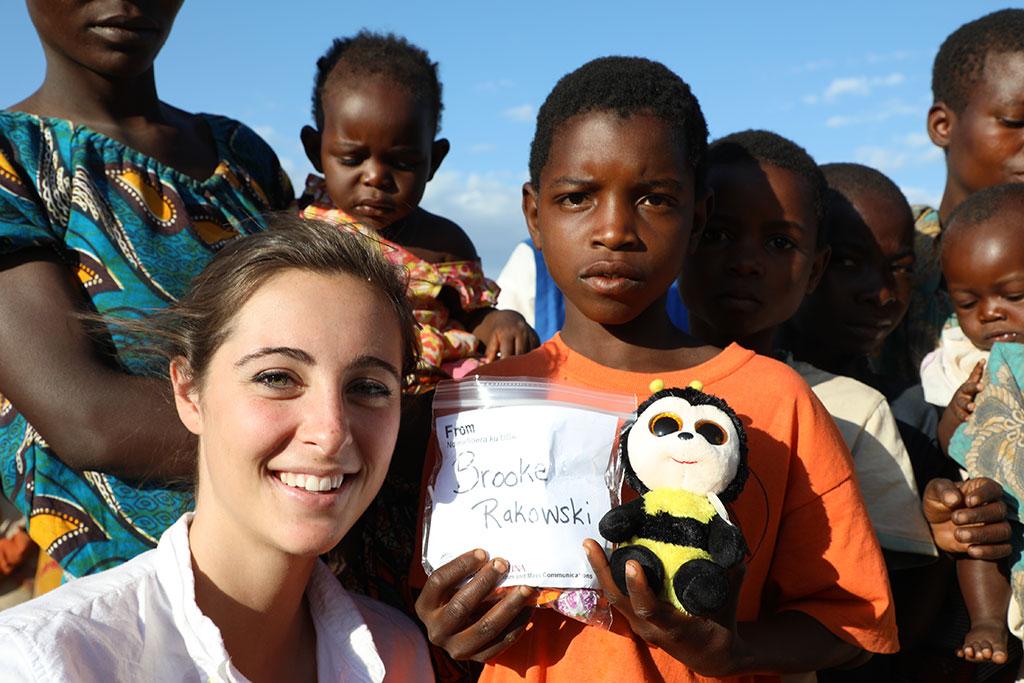 A sampling of some of the children who received the Beanie Babies.

Photos from the distribution can be viewed and downloaded from our Flickr site as they are processed.

More about the trip