In early October, the East Coast underwent the strongest hurricane it has faced since 2005. Hurricane Matthew, a Category 4 hurricane when it got close enough to the U.S. to affect Florida, swept up the coast, leaving behind quite a few fallen trees and even more residents without power.

In this modern age, the heroes of this story are those in charge of restoring power — the emergency response teams, the utility workers and the general managers from electric companies. One such manager is Darla Moore School of Business alumnus Cedric Green (PMBA '02), now the vice president of support services, but at the time of the storm, the general manager of electric operations at SCE&G for the metro Charleston district. A vast majority of his 210,000 customers were without power in the wake of the storm, and it was his job to bring it back.

“I was not outside of my comfort zone,” he said. “I felt very confident in my abilities and the abilities of my teammates to safely restore electric service to all of my customers.”

With his team of about 130 employees, Green worked diligently to restore power to the thousands of residential, commercial and industrial customers who were in the dark. In order to manage the restoration efforts for his area, he had to bring in additional manpower from other areas of SCE&G as well as other utility companies.

With all hands on deck, Green and his team were able to get the power back on for most of their area in two-and-a-half days, which is half the time they were predicted to take. This speed was largely due to the updated infrastructure of the electricity system since Hurricane Hugo in 1989.

“All of that helps to keep the lights on during an event like that,” he said.

“The Moore School has really helped me to understand the business side of things pretty quickly,” he said. 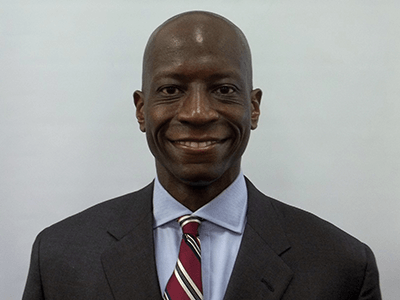 Cedric Green (PMBA, '05) helped bring power back to thousands affected by Hurricane Matthew through his job at SCE&G.