You might think that raises are bigger motivators for employees than bonuses; after all, raises mean a permanent increase in compensation. But that’s not what a new study from Darla Moore School of Business human resources professor Anthony Nyberg and his coauthors Jenna Pieper of University Nebraska-Lincoln and Charlie Trevor of University of Wisconsin-Madison found. The results suggest that employees seem to respond better to bonus pay rather than overall pay raises.

In November, the Journal of Management will publish an article titled “Pay-For- Performance’s Effect on Future Employee Performance: Integrating Psychological and Economic Principles Toward a Contingency Perspective" detailing research on what happens after an employee has been paid.

The study, based on approximately seven years of performance data and employee records from a large insurance company, examines employee attitudes after being paid as well as the relationship between employee bonuses and raises and how they impact individual performance. Nyberg and his team looked at how employees’ performance related to their variable pay over time.

“It’s interesting because, from the economics perspective, people ought to prefer pay raises because those compound and grow over time,” Nyberg said. “If people were truly economically rational, they would always prefer the salary increase, and yet we find that people seem to respond better to the bonus.”

This preference is cheaper for companies and provides them with more flexibility in paying their employees. However, according to Nyberg, companies will also be constrained by market equity concerns. Because these results do not take into account whether people want to leave based on salary delivery, it is unclear what would happen if more companies focused more heavily on bonuses rather than merit.

In addition to pay research, Nyberg conducts research through the Center for Executive Succession, examining CEO succession and board engagement in the process to explore what makes a good succession process. This includes board of director interviews to see what they think is the best process for replacement. 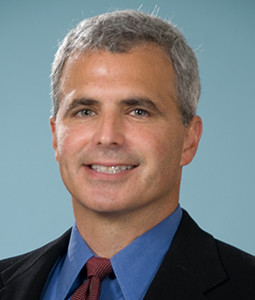