With all the discussion surrounding gender equality today, differences between men and women sometimes get lost in the noise. When it comes to the working world, what are some of those differences and how do they impact job motivation and retention?

Moore School International Business Professor Wolfgang Messner found that men and women in India differ in their commitment to their jobs in the IT industry, which affects their retention rates and should affect the ways they’re recruited.

“Traditionally, women in India study, work for a year, get married and then stay at home,” Messner said of women in India’s IT industry. This “loss of talent” leads to a disproportionate number of males making it to senior positions in the growing workforce despite the number of women who are equally qualified.

In terms of headcount, India’s IT industry has been growing up to 25 percent each year for a few years now, yet turnover rates are close to 20 percent. This disconnect is what first brought the issue to Messner’s attention.

“The question is, where are we finding adequately skilled employees?” he said.

There is also a lack of female participation, so he looked at gender differences in how much a person likes their job, how committed a person generally tends to be and how the outside world affects their levels of commitment.

By collecting data from two of India’s IT services offshoring companies, executive education teams and classes he’s been conducting, Messner found that women are generally more committed to their jobs than men. However, they’re also driven by different factors: For example, social interactions between employees are less important to women when considering job commitment.

“It basically tells us that if you put in organizational measures or leadership programs, you have to look into how these measures drive perceived organizational and employee climate and take gender into consideration rather than lumping it all together,” Messner said.

This paper is the last in a series of intercultural communication in India and has been published by IMR, a journal published by the Indian Institute of Management Bangalore. Messner’s current research focuses on international marketing. 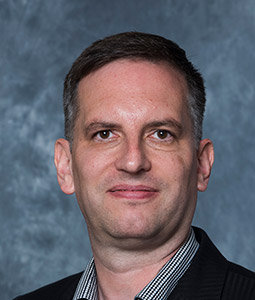 Messner's research into gender differences in India's IT industry was published in IMR, a journal published by the Indian Institute of Management Bangalore.