What these two teams have in common — besides being champions — is that each member brought different strengths to the table to make the team unstoppable. While the women’s basketball players forged together top-notch free throw shooting, dribbling and passing abilities to make a winning team, the five-person case competition team used their superior finance, analytics, business and presentation skills to make the choice of winner a no-brainer for the judges.

Management lecturer Pat DeMouy coached the team and has been taking other USC teams to various competitions around the globe for more than 20 years. He handpicks a different group of students for each competition in order to expose as many students as possible to the high-stakes environment.

“The key component is that they are willing to work as a team and listen to other people,” he said of his criteria for picking new members. “The biggest thing they have to do is listen to other people’s opinions and recognize the commonalities of what they’re seeing in the business situation.”

Third-year international business and finance student Rachel Lunsford said the team realized quickly that the three hours allotted for each of the first two cases would not be enough time for them to expand their ideas as much as they would have liked.

“The biggest skill I took away was being able to talk on my feet,” she said.

Second-year finance student Jakob Merz agreed, emphasizing that the presentation is what makes or breaks your project.

“You can have the best content, but if you can’t get it across, then that’s worth nothing,” he said.

Overall, the team found that using their solution to tell a story is the best approach for relating to the judges and ensuring their ideas come across well. DeMouy hopes that’s something all the teams he coaches learn.

“Realistically, in three hours, you’re not going to be able to come up with a strategy that changes the entire world,” DeMouy said. “But the judges will get behind you if you tell a compelling story.”

DeMouy has brought home many wins from other case competitions around the world, but this is the first Moore School win at the University of Navarra. Besides bragging rights, the students on the winning team earned directed minutes into one of the best MBA programs in the world at IESE Business School based in Barcelona. 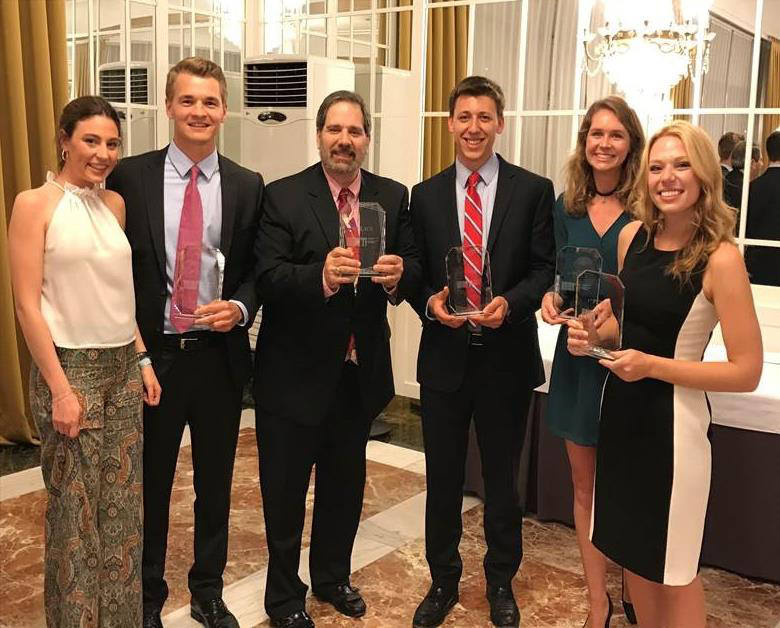