Are HR managers wasting time trying to measure negative behaviors in the workplace?

We’ve all had those days: You stayed up late the night before and no amount of coffee can fully awaken your drowsy mind. You work slower than usual, zoning out occasionally as you try your hardest to keep at your daily tasks. The day drags on until — finally — it’s time to go home. Many HR managers try to measure these sorts of behaviors in the workplace, but new research by Darla Moore School of Business professor Nichelle Carpenter suggests that such behaviors might not be possible to measure accurately.

Carpenter has been studying counterproductive work behaviors in relation to employee evaluations for several years. According to what she has found, employees who have days like the one above rather often might not seem to be performing as badly to their bosses as they might think.

Looking at 19 example behaviors, Carpenter measured the differences between the self-ratings of employees and the ratings their supervisors and co-workers gave them. For those behaviors that are low in visibility — daydreaming and intentionally working slow for example — there was a greater discrepancy between self-ratings and those given by other people, causing Carpenter to question whether low-visibility behavior ratings by other people are even worthwhile.

“Employees aren’t going to showcase those negative behaviors,” she said. “Supervisors and co-workers might not be the best people to ask.

Across the 19 behaviors, employees always reported the same amount or more of the negative behaviors than their supervisors or co-workers did.

In a similar study of hers, published in the Journal of Personnel Psychology in 2012, she initially assumed that employees wouldn’t be willing to report bad behaviors. She found then, too, that they were quite honest, contributing to the difference in self-ratings and supervisor or co-worker ratings on their performance.

The biggest implication of this research is that, because supervisors and co-workers likely aren’t able to fully witness some of the behaviors asked about on employee evaluations, they aren’t accurate.

“The behaviors that co-workers and supervisors are rating should be things they can actually witness,” Carpenter said.

What’s not yet clear is what information supervisors are drawing on to make those ratings if they aren’t actually observing those behaviors. This could affect employee raises and promotions.

Her current research continues to examine what employees report about performance compared to what observers report, why there might be a difference and how current evaluation methods can be improved. 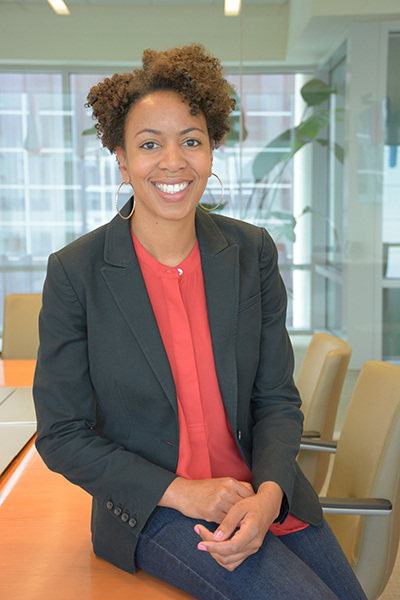 Carpenter found in her research that an employee's coworkers might not be the best at detecting that employee's counterproductive work behaviors.