Michael Ian Fanning, who recently retired as Michelin North America’s director of sustainable development, has been elected president of the Business Partnership Foundation for the Darla Moore School of Business at the University of South Carolina.

The Business Partnership Foundation (BPF) was established as a tax-exempt nonprofit in 1969 to serve as a partnership between business and academic communities to make the Moore School one of the best business schools in the nation.

Today the school ranks No. 1 in undergraduate and graduate international business (U.S. News & World Report), No. 7 and No. 15, respectively in undergraduate and graduate global supply chain and operations management (Gartner), and in the top 25 for professional MBA programs (U.S. News & World Report). Additionally, the Moore School has the country’s fourth largest risk management and insurance school (Business Insurance).

Fanning, who begins his role as president today (Jan. 23), brings nearly four decades of communications and executive experience to the BPF.

“After a 38-year business career with several multi-national companies, I fully understand the importance of developing the next generation of leaders for a highly complex corporate world,” Fanning said. “When I was approached about the opportunity to become president of the USC-Business Partnership Foundation, I sensed a terrific opportunity to both give back to the state of South Carolina and to help support Dean Brews’ vision of a top-tier business school that will equip students for 21st century high-value employment.”

Fanning joined Michelin North America in 1999 and in 2000 became vice president of corporate affairs, building on executive communications roles with Liberty Corp., Reader’s Digest Association, IBM and the Associated General Contractors of America.  In 2011 he embarked on a five-year international assignment at Michelin’s worldwide headquarters in France to lead the company’s global program in sustainability, which addresses the new energy, environmental and social challenges presented by a growing population.  He returned to the United States in 2015, where he led Michelin’s sustainable development efforts in North America.

The Moore School’s BPF comprises a 14-member board that includes 12 voting members, 10 of whom are business leaders and two are university trustees. Additionally, the university’s president and school’s dean serve on the board as ex-officio (non-voting) members.

Fanning is the first person to be elected BPF president.

The position was recently created as a desire by the BPF to expand its role beyond the supplemental financial support it provides the Moore School through gifts, bequests and trusts. Its expanded mission will include greater interaction with the business community and alumni in the state, region and around the world.

Fanning’s interest in and commitment to higher education isn’t new. He was previously a member and chairman of the South Carolina Governor’s School for Science and Mathematics Foundation and he serves on the Advisory Council on Communications at the College of Charleston, which he also chaired for two years.  In addition, Fanning helped with the recent establishment of a Michelin partnership with Carolina and Clemson to offer an undergraduate sustainability course this spring at both universities, including a common engagement on Michelin’s industrial sustainability challenges.

“Business leaders have an opportunity to share real-world experiences with students and to engage corporations in a deeper dialogue on critical issues with academic institutions. I am passionate about the interplay between these two worlds,” Fanning said.

A native of Washington, D.C., Fanning earned a bachelor’s degree in radio, TV and film from University College at the University of Maryland. 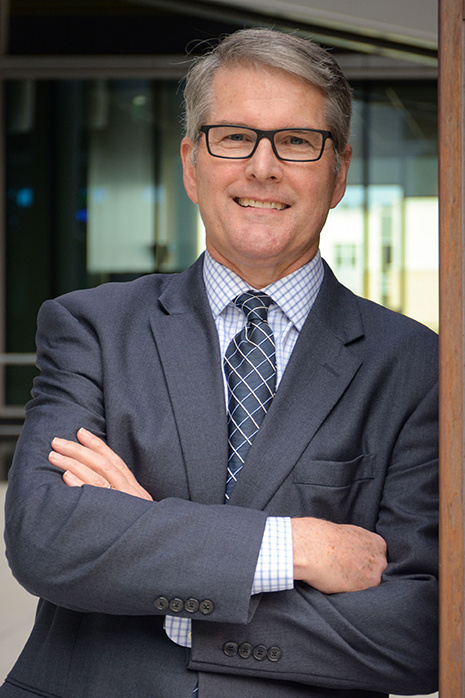 Retired Michelin North America director of sustainable development Michael Fanning has been elected president of the Business Partnership Foundation at the Darla Moore School of Business.