MIB alumnus lands his dream job thanks to double-degree program

What is your current job?

I am the North American Account Manager for Virtuos Games. Basically, Virtuos is a video game company that helps other companies make their games. The official term is “external development.” We are primarily a B2B company but remain one of the most prominent external developers in the industry.

As one of only two employees in America, I end up wearing a lot of hats and have varied responsibilities. Since the entire North American business development team is only five people, we end up running North America a bit like a start-up. For instance, I am taking on a role as a sales liaison to our marketing team even though that is outside my normal job description.

The main components of my job involve meeting with clients and setting up new projects. A hypothetical project might have me meet with Microsoft and set up a new project where we build 20 virtual cars for them. I would then coordinate all communication between the client and our teams in China or Vietnam and ensure everything runs smoothly. I also negotiate the terms of the engagement and fill out all necessary legal paperwork.

What did the Master of International Business (MIB) program do for you and your career?

Frankly, the MIB is the entire reason I have this job. My educational background is the reason I was hired for a position that was asking for three to five years of previous work experience in the games industry. My boss saw great value in the fact I did two master’s degrees in two years as it showed dedication and work ethic.

What was your most influential experience in the program?

On a large scale, definitely the opportunity to spend a year abroad at ESCP Europe in the fifth-highest ranked Master in Management (MIM) program (Financial Times).

More specifically, the most influential experience was actually not related to class. It happened to me while I was tailgating at a football game with the rest of the MIB students during my first year. I looked around and realized that of the 40 or so people there, over half were international. And yet, we were all there sharing in this experience and American culture while having an amazing time. I mean what an experience that is — to truly establish a network of peers and friends from around the globe is amazing. It gives you opportunities on both a professional and personal level that simply can’t be bought and can’t be understated. That was the first moment where I thought to myself, “I’m glad I did this,” and truly realized the value the MIB degree will have in my life simply because of the network it has given me.

How did the program prepare you for success?

The most important element the MIB gave me was an understanding of the nuances of international communication. While the MIM was great and taught me some specific skills that have come in handy, the soft skills I gained have been much more useful to me in finding success in my career.

As Virtuos is an international company, I spend every single day interacting and communicating with people around the world. Without the MIB and the experiences I gathered abroad, I would not have the background I need to excel in communication, especially with Asian cultures. As a large part of my job as an account manager is facilitating communication between Western clients and Eastern teams, knowing how to communicate with each group is important, and knowing how to help those two groups communicate with each other is essential. The MIB gave me the ability and confidence to maneuver through the minutia of cross-cultural communication and working in an environment so foreign to what I grew up in.

How do you use your degree day-to-day in your job now?

Aside from the cross-cultural communication I just mentioned, I also do a fair amount of negotiating. My favorite class I had in the MIB program was Hildy Teegen’s negotiation class. She is an amazing woman who teaches negotiation like no one else. It’s because of her and that class that I have the background to approach negotiations with the correct mindset and to establish partnerships instead of wins.

What is your fondest memory of the Moore School?

My fondest memories related to the MIB program would have to be the projects I got to be a part of. The MIB, really the Moore School in general, places great emphasis on team project-based work. Some of my worst memories in school were because of bad groups I had for projects. The MIB program gave me my first taste of what it’s like to truly gel with coworkers and make something greater than you ever could have done on your own.

My best group during the MIB was during Daniel Ostergaard’s international security class, where I worked with three people to develop a risk management plan for the Koger Center for the Arts. One thing that was great about the people in the MIB was that everyone was qualified and wanted to be there, but we were also different. Every team member truly wanted to make something awesome and brought different strengths to the table. Quite simply, the caliber of students in the MIB program made group projects very enjoyable.

Working in the video game industry has been a dream of mine since I was a kid. I fell in love with these discs and cartridges that whisked me away to entirely different worlds every time I played. And it was different from TV and movies. I wasn’t just watching a story unfold in an unfamiliar world before me — I was truly living it and exploring. There was player agency that made games so much more real to me.

It wasn’t until high school that I figured out I wanted to go into the business side of the video game industry. I had lived through the Pokémon craze of my childhood, where I saw people from every walk of life in elementary school and middle school come together to share in their excitement of this game. I wanted to recreate that excitement and decided on a dream job of vice president of marketing and sales at Nintendo. That remains my dream job to this day.

The entire reason I went to the University of South Carolina for undergrad was so that the international business program could be my first step toward that dream job. I learned Japanese and studied abroad in Tokyo. That experience was so transformative for me that I knew I wanted to do it again, so I applied for the double-degree program to hone my international expertise further and live abroad for an entire year this time. My entire academic career was geared toward getting a job in the video game industry. And after six long years, the MIB finally got me there.

The last four months with this job have been the single happiest period of time in my entire life. The video game industry has proven to be everything I wanted it to be and more. I can’t wait to see what’s next. 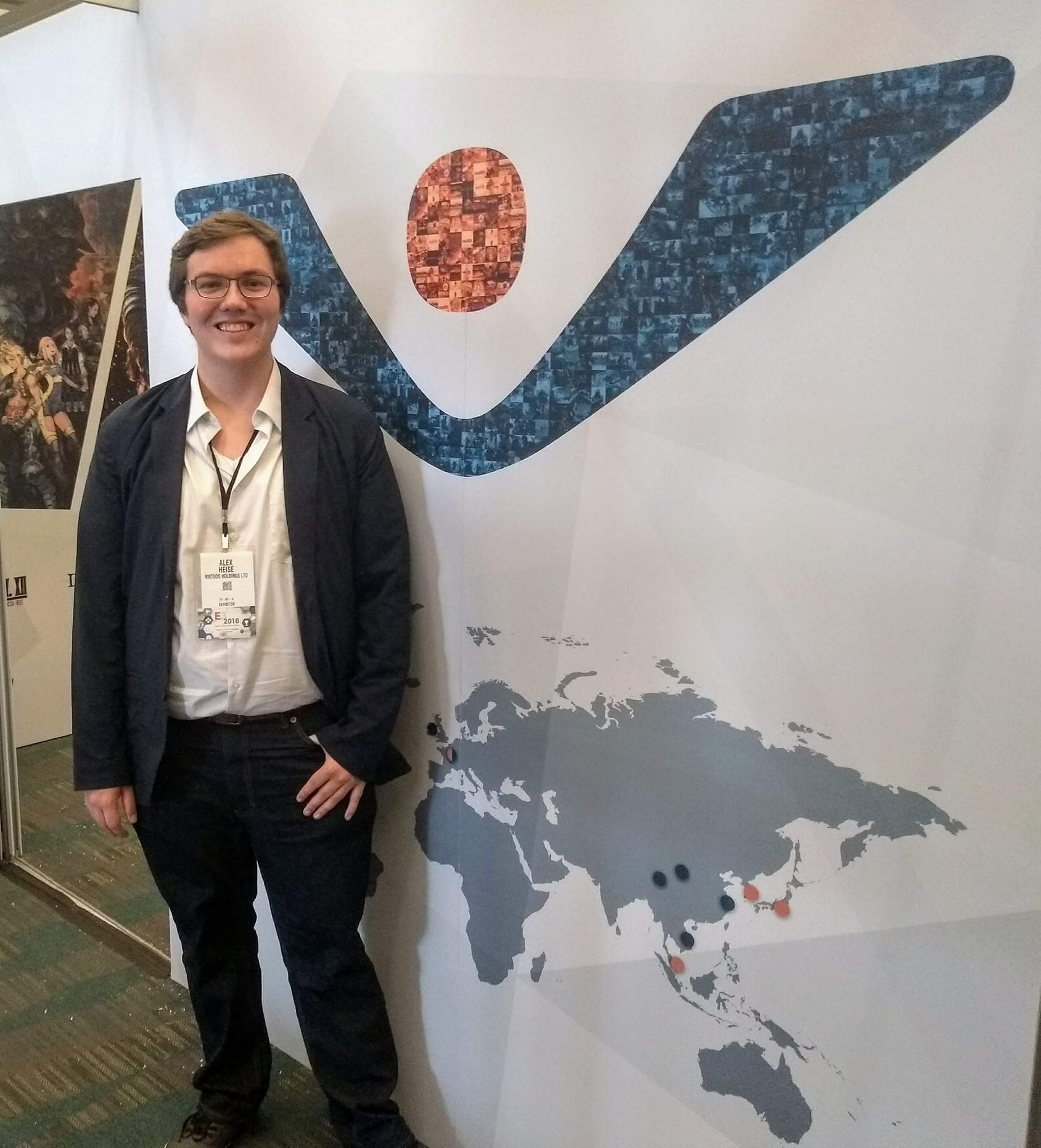 Connect with Alex on LinkedIn.