Jean Duke, former Board of Trustees chair of the USC-Business Partnership Foundation, has moved into the president role as of early April of this year.

“Being in this position is like coming back home,” she says. “I was actually on the search committee to fill this position, and the more I thought about, the more I realized just how much I love the business school, so I decided to put my name in the hat.”

The South Carolina native earned her bachelor’s in accounting from the Darla Moore School of Business, completed the Corporate Financial Management Executive Program at Harvard University and attended the UNUM/Wharton Disability Institute at the University of Pennsylvania.

After graduating in 1977, Jean began her career with Ernst & Young, progressing from an entry-level position to senior audit manager. In 1985, she joined Colonial Life & Accident Insurance Company, eventually becoming the president and chief financial officer. Since 2004, Jean has worked in finance in various consulting positions, working with nonprofit, governmental and for-profit businesses in South Carolina.

Throughout the years, Jean has actively served on other community boards as well. Currently, she is involved with the SC Health Company (newly formed organization from the Palmetto Health and Greenville Health System affiliation) Board of Trustees and is the chair of the Audit Compliance Finance Committee.

“I’ve found that in giving of your time, talents and treasures, you get so much more back from it,” she says of community service.

Duke has also earned many accolades including the Darla Moore School of Business Distinguished Young Alumni Award, the Palmetto Center for Women Tribute to Women in Industry Award (TWIN), the SCACPA Outstanding CPA in Business and Industry Award, and the Institute of Management Accountants Columbia Chapter’s Financial Executive of the Year Award. She has also been inducted into the TWIN Academy for Continued Achievement.

The BPF exists primarily to solicit private funding for the business school and its programs as well as to act as an advisory body to ensure the school is attuned to the business practices outside its walls to best prepare its students for careers in the business world.

“Our key goals are to further the academic and business partnership in the community and support the Darla Moore School of Business brand,” Duke says. “At the end of the day, it’s about supporting our students and their success.”

In addition to these goals, Duke is looking forward to working on preparations for the business school’s centennial celebration as well as the BPF’s 50th anniversary. 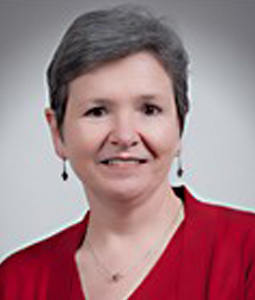