Imagine someone on your street got a nasty case of the flu and died, and then their next-door neighbor caught it and spread it to everyone in their house and most of them died, and so on and so forth, all the way down the street to you, but no one in your household caught the flu. The epidemic stopped short of your front door, and everyone in your house was safe, but 70 percent of the people living in the infected area died. What do you think would happen?

How would those families go on supporting themselves without those incomes? Would they have to move? Who would live in those houses if they moved? What would that area look like 50, 100, even 150 years later? Would that brief epidemic affect life in that area for decades to come?

According to Robert Gonzalez, assistant professor of economics, the answer is likely yes. In a recent study he conducted along with two professors from Duke University, Attila Ambrus and Erica Field, they found that the repercussions of the 1854 London cholera epidemic that affected just a few blocks in this small London neighborhood are still being felt in that area today.

"It was a perfect setting to study because enough time has passed that we can really see the repercussions of the epidemic," Gonzalez explains. "Also, back then, cholera was the disease everyone feared, but at the time, people didn't know that it was a water-borne disease. They thought it was caused by 'bad air.'"

The real source of the contamination, discovered by Dr. John Snow at the time of the outbreak, was a local water pump. Once he removed the pump's handle so people could no longer access that water, the epidemic petered out, but the damage was already done.

Gonzalez theorizes that families in the cholera-affected area got priced out of the
neighborhood. As a result, the composition shifted from being a typical working-class neighborhood to a lower rent, poorer neighborhood. That economic shock, exacerbated by rent control laws and strong tenancy laws enforced from the 1890s up until the 1980s, is likely what has caused the price discrepancy still seen today.

"The houses in the area whose residents would have gotten their water from the infected pump sell for 12 percent less on average than houses in other areas just 10 years later, even those houses that are right next door," he says. "Today, the entire neighborhood has increased in price, but houses in that area still sell for less than those around it."

He also found significant differences between the level of renovations in houses within the cholera-affected area and those outside of it. Overall, this research supports the theory that health epidemics can have quite long-term effects on the economies in which they take place.

Much of Gonzalez's research focuses on technology in developing countries, and one of his current projects is looking at how technology can be used to contain an outbreak or health epidemic. 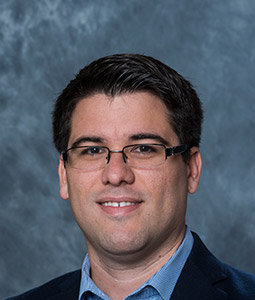 Robert Gonzalez found that the repercussions of the 1854 London cholera epidemic that affected just a few blocks in this small London neighborhood are still being felt in that area today. 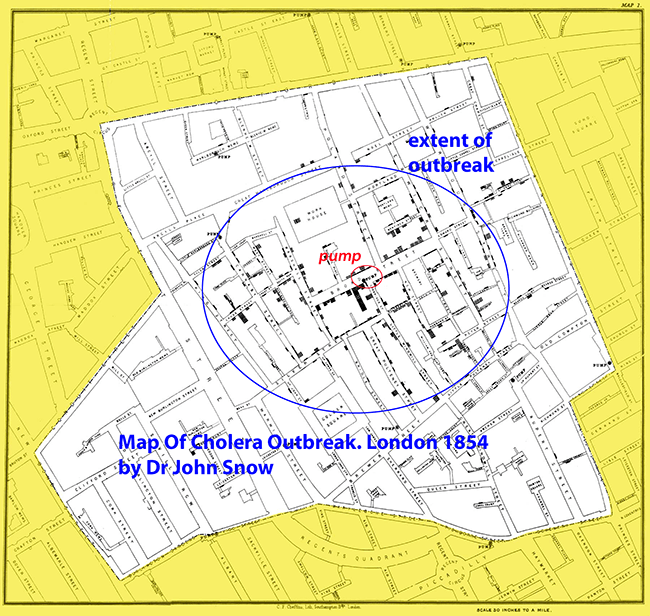 Dr. John Snow mapped out the houses and number of people in the households affected by cholera in the span of the month-long epidemic.