In the age of “There’s an app for that,” it might be easy to give up on any creative ideas you have and assume someone else out there has already done them.

But, as these two Moore School students discovered, there’s always more to be done. Jaime Areheart and Carly Hagan were the winner and runner up, respectively, of last year’s Soda City Startup, a startup competition in Columbia. Both proposed their ideas for apps and hope to apply what they learned through the competition to continue developing their ideas.

The underdog takes the gold

Areheart won the competition with “Lendout,” a consumer-to-consumer rental platform for sports equipment. He thought his idea was strong, but the rest of the participants weren’t so sure at first.

“I didn’t even get selected to go to the second round,” he said. “No one thought my idea was good. I had to insert myself into another group, convince them my idea was good, pivot the group in my direction, and then we came out with the win.”

Although his idea spawned from his personal experience with subpar rental equipment, Areheart credits some of his management classes for teaching him the basics of business and laying a foundation for success.

“Everything has kind of pushed me toward greater knowledge of understanding the business world,” he said.

As part of the prize Areheart won, he gets to meet with a few business professionals in the area to discuss his plans for the app. He hopes to have a beta version out in the next year or so.

From spitballing to success

Hagan came in second place with “What to Eat,” which is, as she put it, “like Tinder for food.”

“The world today is almost filled with too many options, so the goal is to enable people to try new places while helping them overcome indecisiveness,” she said.

Hagan entered the competition at a professor’s recommendation, but she’s actually had an entrepreneurial streak in her for a while. She has a “dorky notebook” of startup ideas and could potentially see herself starting her own business in the future.

“I had never done a startup competition before, but it was so much fun and high energy,” she said. “I’d recommend them to anyone with an idea or interested in entrepreneurship.”

To take her app further, she’s entering it in Proving Ground, the Moore School’s entrepreneurial competition in March. She’s passionate about startups and is excited to see where this one goes.

“I hope this app can make it so people don’t have to settle,” Hagan said. “Not only can it help consumers in that way, but it also could help local restaurants expand their customer base.”

Have a promising startup idea of your own? Enter it in The Proving Ground by Feb. 23 to be part of this year’s competition. 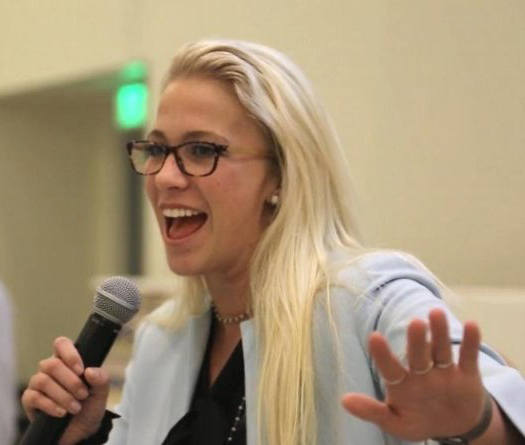 Carly Hagan, senior marketing and management major, is planning to present her app at The Proving Ground in March after winning second place at the Soda City Startup. 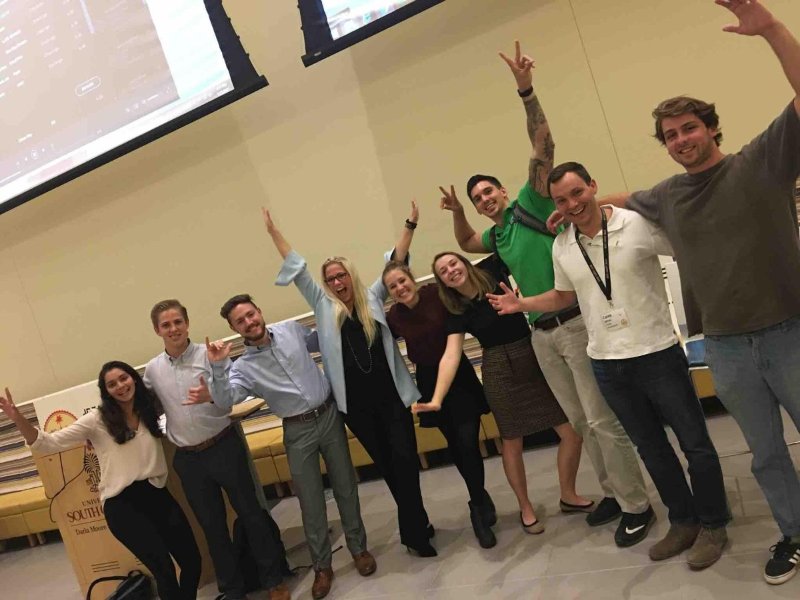 Hagan and her team took second place with her app "What To Eat."